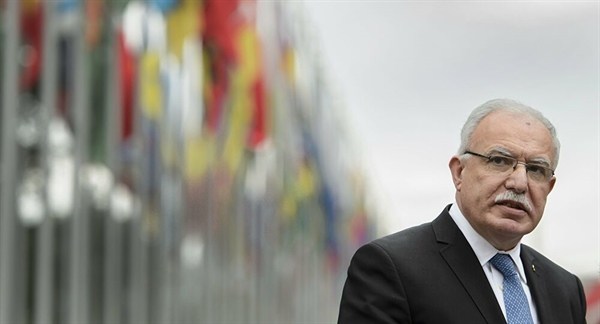 The Foreign Affairs and Expatriates Minister Riyad al-Malki stated that the United Nations General Assembly (UNGA) renewed its adoption of the Permanent sovereignty of the Palestinian people in the Occupied Palestinian Territory, including East Jerusalem, and of the Arab population in the occupied Syrian Golan over their natural resources Resolution.

The United Nations said that “By the text, the Assembly demanded that Israel, the occupying Power, cease the exploitation, damage, cause of loss or depletion and endangerment of the natural resources in the Occupied Palestinian Territory, including East Jerusalem, and in the occupied Syrian Golan.”

He added that the resolution stresses the need for Israel to stop exploiting natural resources in the occupied Palestinian territories, including East Jerusalem, and halt all activities harmful to the environment carried out by Israeli settlers, the burial of waste of all kinds in the occupied territories, including East Jerusalem, in addition to the destruction of vital infrastructure and the confiscation of wells and agricultural lands.

He emphasized that Israeli colonial occupation violates the rules of international law by the building of the apartheid wall as well as colonial settlements in the occupied territories, including in and around East Jerusalem.

While thanking the member states that voted in favor of the resolution, al-Malki called on member states that voted against it and those who abstained from vote to reconsider their positions, stop applying double standards, and take into their consideration the need to guarantee the Palestinian people’s inalienable right to their land as enshrined in international law.

He also called them to take effective action to bring an end to the Israeli colonial occupation, which he described as the root cause of the violations against the Palestinians.