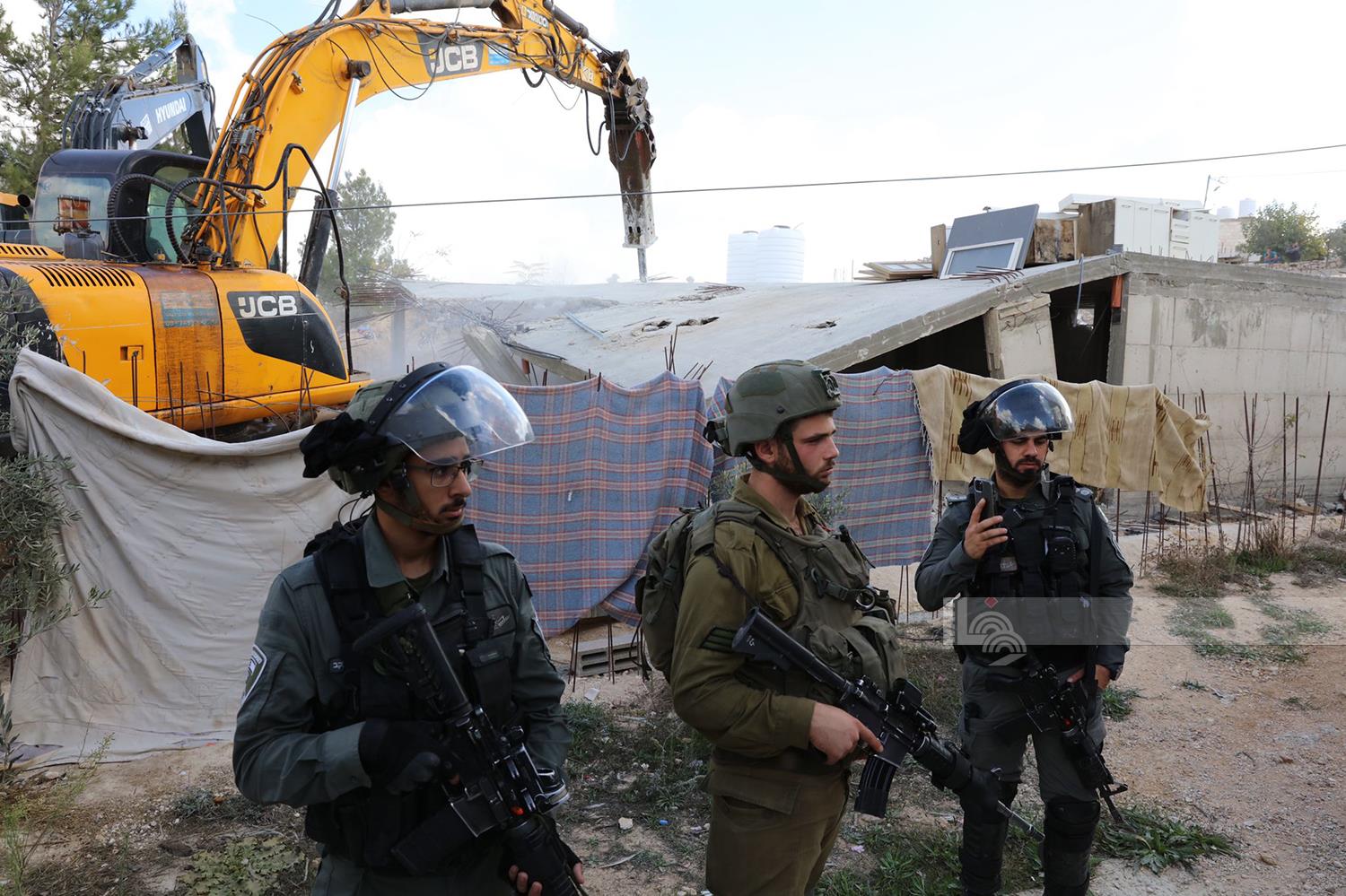 Mohammad Sabatee, head of the Husan village council, told WAFA that the Israeli forces raided the area of Ein al-Balad in the aforementioned village and demolished an agricultural room owned by local resident Khalil Shousha under the pretext that it was built without a permit.

Israeli authorities prevent residents of Husan from building as more than two thirds of the village are classified as Area C.