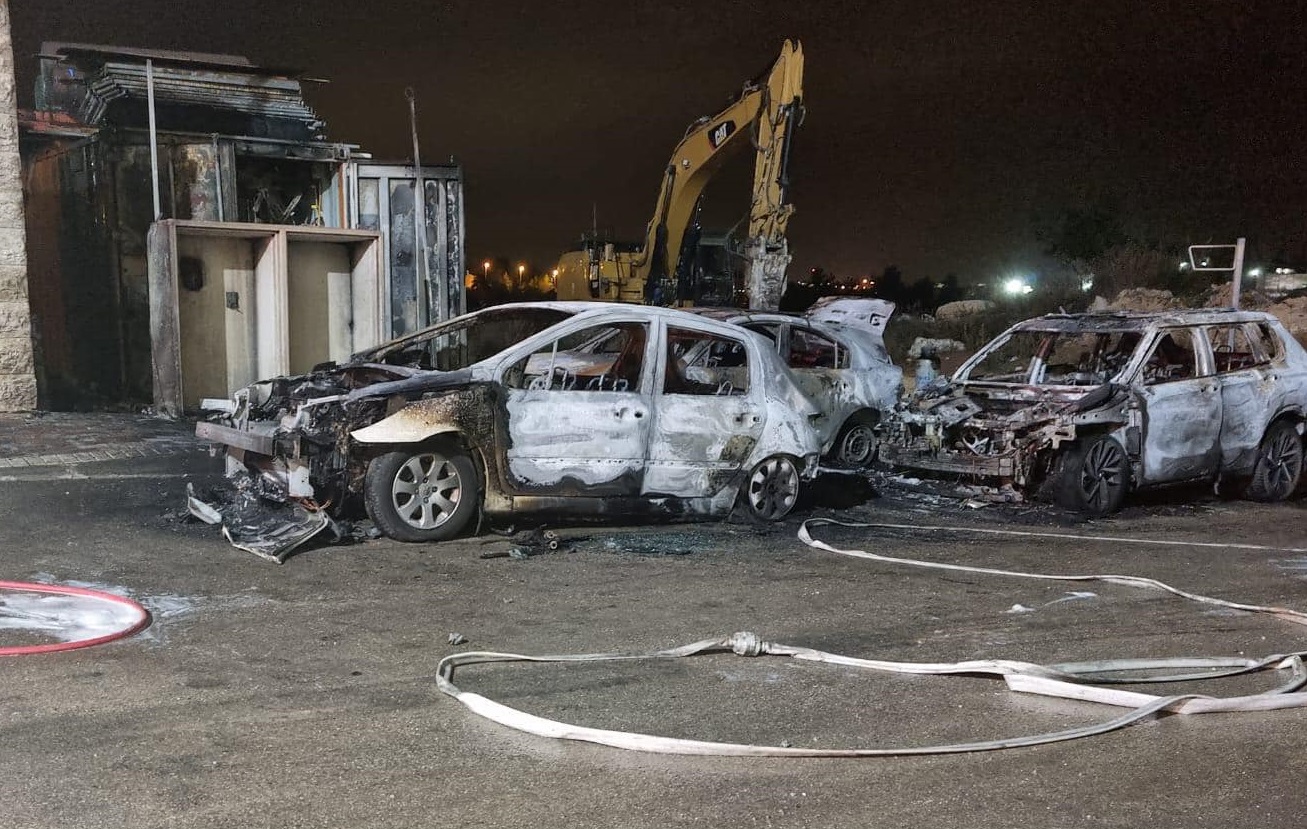 They said that a group of extremist Israelis set ablaze four vehicles in Abu Ghosh village and four others in Ein Naqquba village, causing serious damage.

There were no casualties.

The arsonists spray-painted in Hebrew hate graffiti calling for the forced expulsion of the Palestinians.

“Price tag” refers to an underground anti-Palestinian Israeli group that routinely attacks Palestinians in the occupied territories and inside Israel.