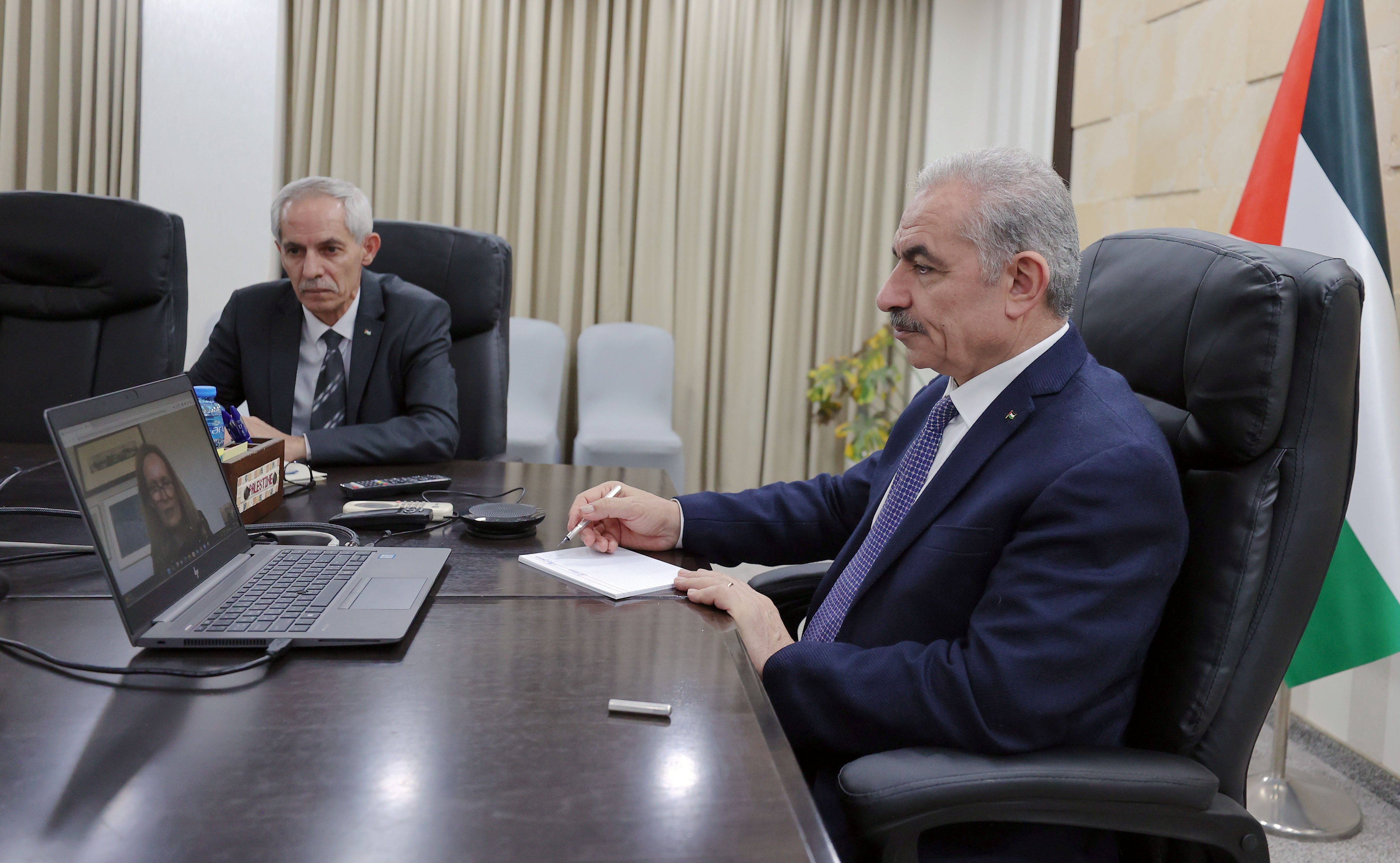 RAMALLAH, Wednesday, November 23, 2022 (WAFA) – British Consul-General in Jerusalem, Diane Corner, affirmed during a virtual meeting with Prime Minister Mohammad Shtayyeh that the United Kingdom will not be moving its embassy in Israel from Tel Aviv to occupied Jerusalem.

The British Consul-General further stressed her country’s commitment to the two-state solution.

Shtayyeh briefed the British Consul-General on the latest political developments and Israel’s ongoing violations against the Palestinian people, including the extrajudicial killings, detentions, daily raids, and settlement expansion, calling on the UK and the international community to pressure Israel to stop these violations.

They also discussed Israel’s deduction of PA money, calling for the halting of these unjust deductions.

They stressed the importance of promoting joint cooperation between their two countries and convening political and economic consultations in order to push forward the bilateral relations, particularly in trade and economics.