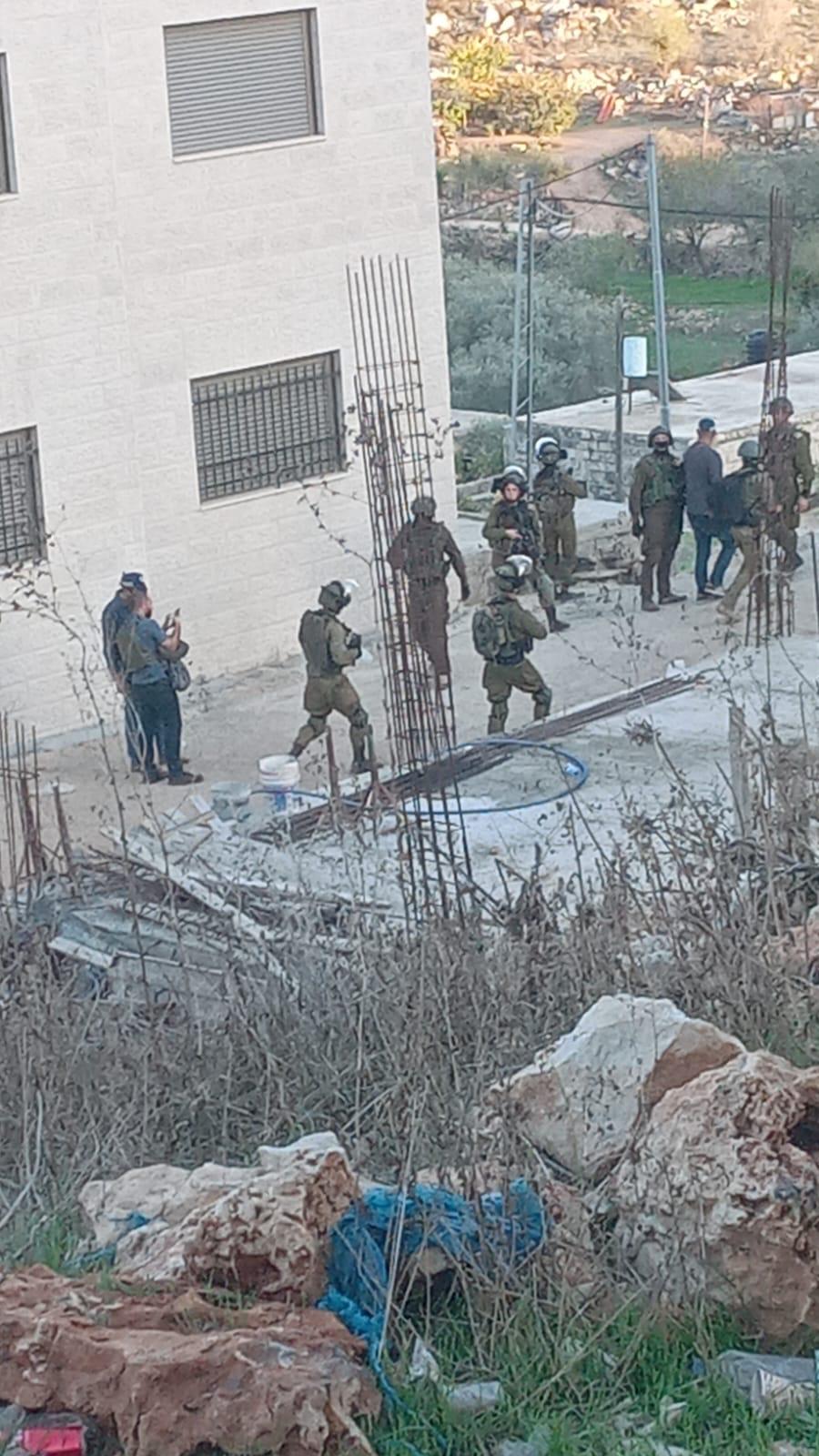 JERUSALEM, Wednesday, November 23, 2022 (WAFA) – Israeli occupation forces this evening raided the village of Beit Iksa, northwest of occupied Jerusalem, where they searched Palestinian homes and assaulted the dwellers following the blast that targeted a bus stop in nearby Ramot settlement.

Eyewitnesses said forces raided and searched several homes in the village and attacked residents, including journalist Ahmad Hababeh who works for Palestine TV. The village was sealed off by the Israeli army since the early morning hours.

The village, home to at least 2000 people, is segregated from other neighboring Palestinian villages by Israel’s separation wall. Non-residents are not allowed to enter the village without obtaining a special entry permit.