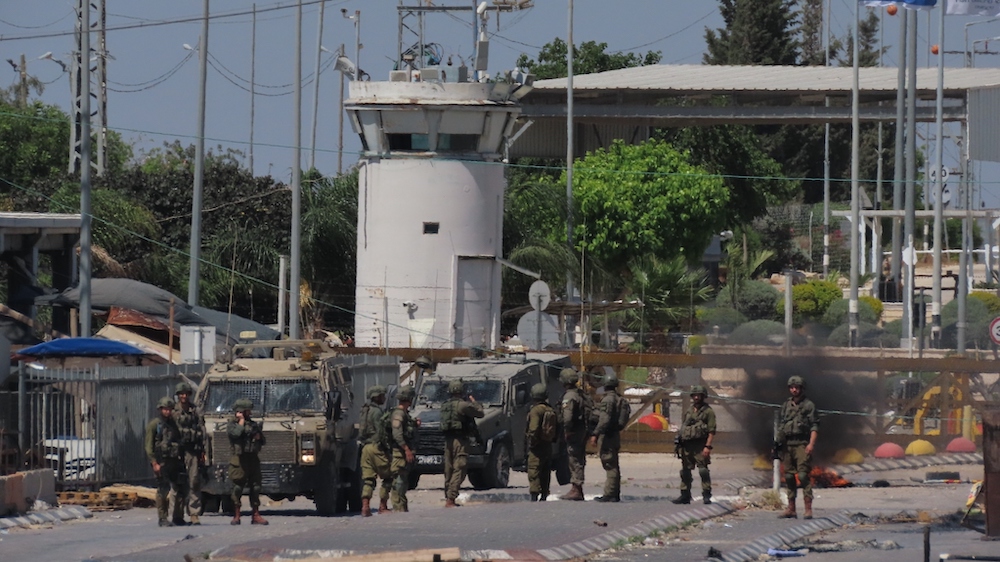 They said that the soldiers closed the permanently-staffed Jalameh checkpoint, preventing Palestinian citizens of Israel from entering the northern West Bank city of Jenin.

The checkpoint is usually closed to Palestinians, except for East Jerusalem residents and Palestinians with entry permits into Israel. They are permitted to cross only on foot. It is also closed to Israelis, with the exception of Palestinians who are Israeli citizens. It is also used for transporting goods between the occupied West Bank and Israel using the "back-to-back" method.