Despite not playing in the World Cup 2022, Palestine is present in the stadiums and streets of Qatar 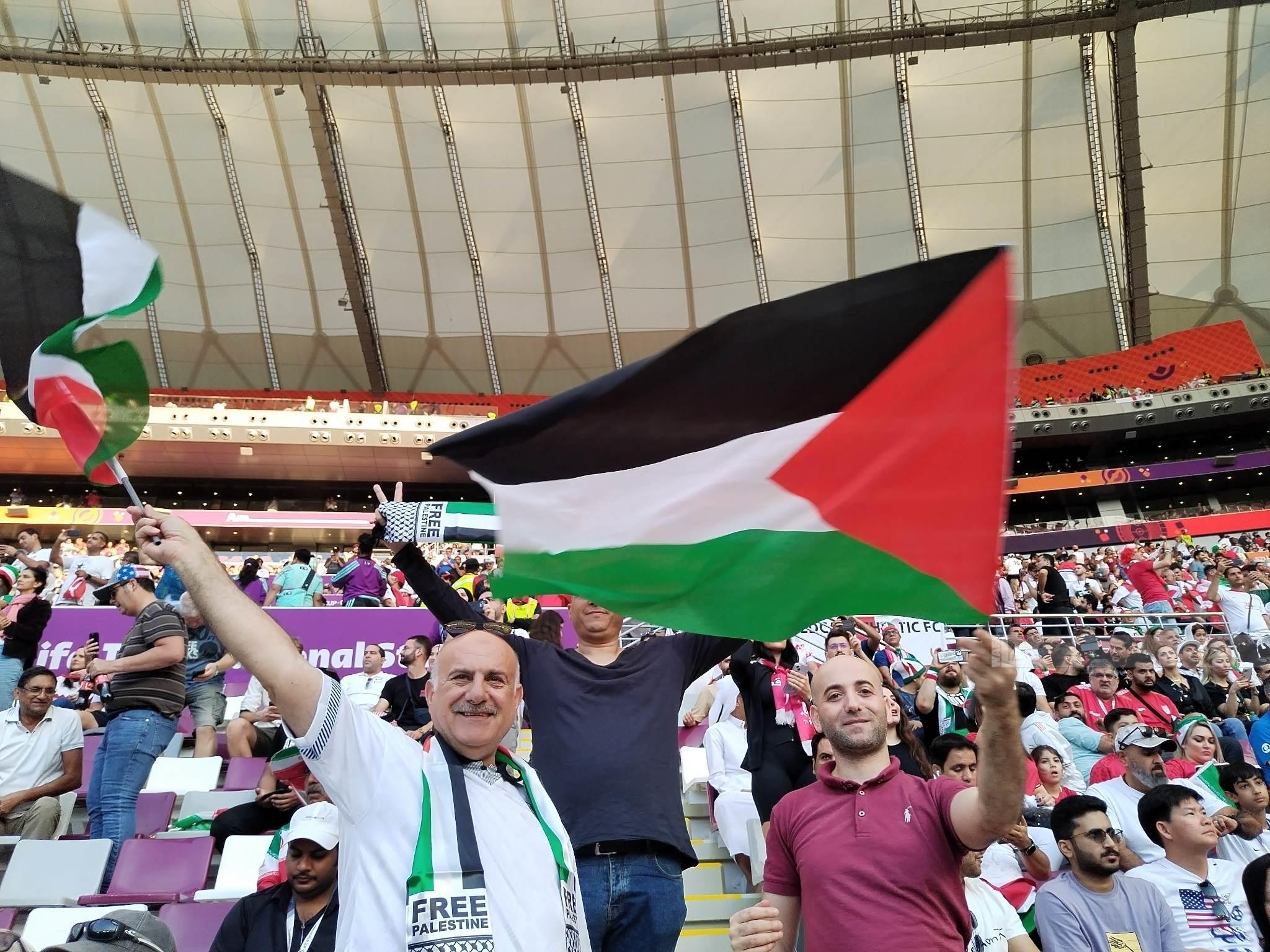 Fans at the World Cup in Qatar hoisting the Palestinian flag. (WAFA Images)

DOHA, Tuesday, November 22, 2022 (WAFA) – Even though Palestine is not playing in the World Cup 2022 currently underway in Qatar, it is, nevertheless, heavily present in the stadiums and in the streets of Qatar.

The Palestinian flag was seen raised in the stands of Al Bayt Stadium during the opening ceremony of the tournament and the opening match between Qatar and Ecuador. Many of the fans were seen wearing the checkered black and white Palestinian kuffiyeh.

Raising the Palestinian flag was not limited to the Palestinian or Arab fans, a number of supporters from other countries were also seen carrying the flag, as one of the fans of the Mexican team wore the flag and chanted freedom for Palestine.

One of the Syrian female fans chanted, "Our blood is Palestinian and we all support the Palestinian cause," which was echoed by two other fans from Algeria and Tunisia.

A young Saudi who was selling flags of the participating countries decided to give away the Palestinian flag and kuffiyeh for free to the public. "I decided that the flag of Palestine should be distributed and not sold. This is the least I can do to support Palestine and its cause because all Arabs are brothers and support this just cause."

He called on everyone to wear the kuffiyeh and not take it off, expressing his joy and happiness at distributing the flag of Palestine, saying: "I will turn all of Qatar into Palestine." He stressed that he will wear the kuffiyeh all the time on this trip.

But not only that, fans from different Arab countries either shunned Israeli reporters who tried to interview them and refused to appear on their cameras or stood behind an Israeli reporter carrying the Palestinian flag while giving a live broadcast to his TV station in Israel.