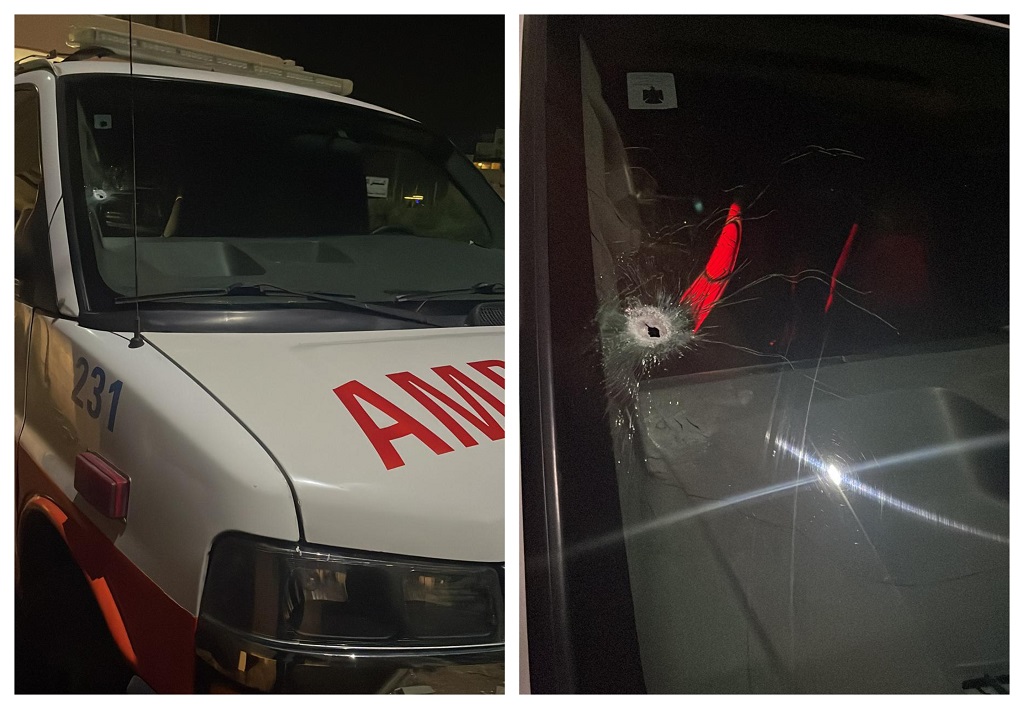 HEBRON, Saturday, October 29, 2022 (WAFA) – A Palestinian young man was shot dead and a paramedic injured tonight by Israeli army gunfire outside the Israeli settlement of Kiryat Arba, illegally built on Palestinian land to the east of Hebron in the occupied West Bank, according to the Palestinian Red Crescent (PRC).

Palestinian security sources said Mohammad Kamal Jabari, 35, was killed by Israeli occupation forces outside the settlement, and his body was withheld by the occupation authorities.

PRC said Israeli occupation soldiers opened gunfire at an ambulance of its in the area, injuring paramedic Ahmad Abu Khaled by a live shot in his shoulder. He was rushed to nearby Al-Ahli Public Hospital for medical treatment.

PRC said its staff were first informed about a Palestinian injured by Israeli gunfire near the Israeli settlement, and that as soon as medics arrived at the scene to help the injured, they came under a gunfire attack by Israeli occupation soldiers present at the scene.

The incident comes amid reports of a Palestinian young man injured by Israeli gunfire outside the Israeli settlement, and his condition remains unclear so far.