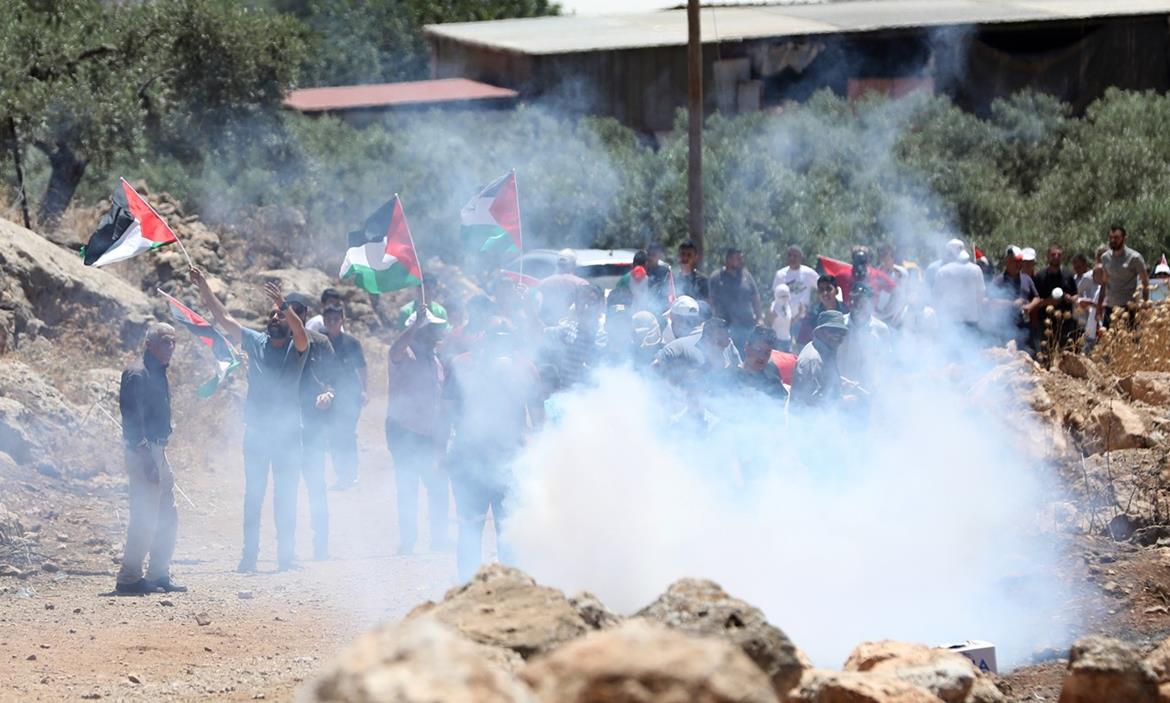 JERUSALEM, Thursday, October 27, 2022 (WAFA) – Israeli police this evening quelled a Palestinian rally that demanded Israel return the body of slain Palestinian, Mohammed Abu Juma, who was fatally shot by Israeli settlers in the village of Beit Sira to the west of Ramallah on September 22, according to local sources.

Israeli forces attacked the rally that took place in al-Tur neighborhood of East Jerusalem, firing tear gas canisters and stun grenades at protesters, however, no injuries or arrests were reported.

The rally set off from the house of the slain Palestinian in al-Tur area, during which protesters chanted slogans calling for the release of Abu Juma’s body.

Wadi Hilweh Information center’s lawyer, Mohammed Mahmoud, said the Israeli prosecution informed him that it had no intentions to hand over the body of Abu Juma after he submitted a petition at the Israeli Magistrate Court.

He said the family of Abu Juma is examining submitting a petition to the Israeli Supreme Court to recover his body.