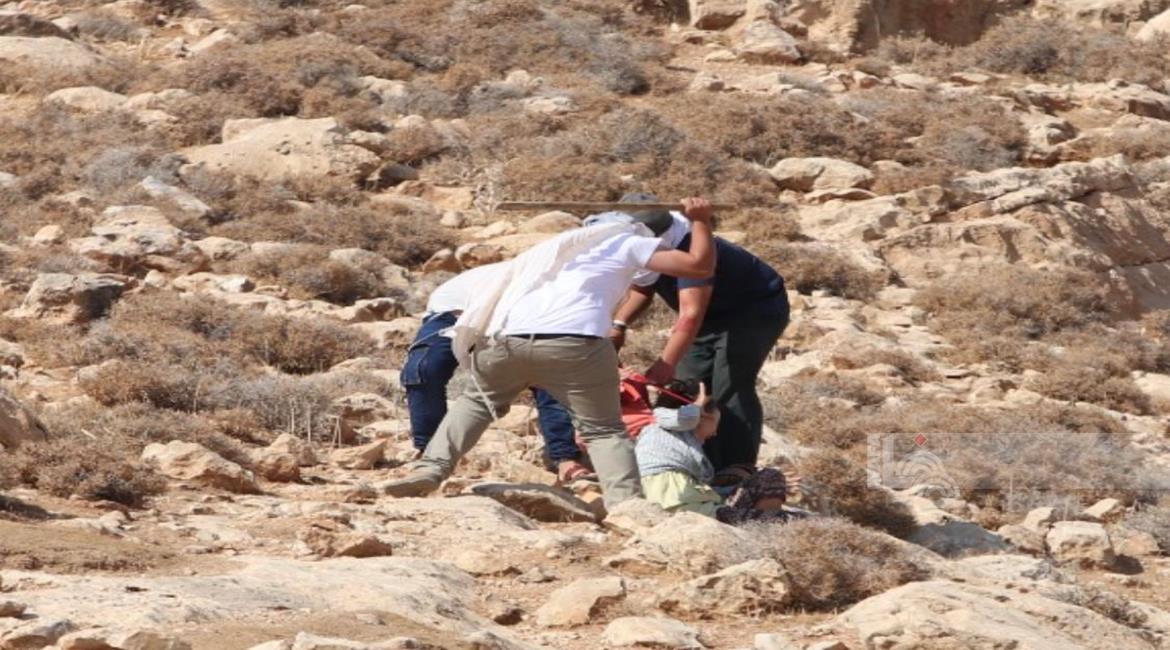 BETHLEHEM, Wednesday, October 19, 2022 (WAFA) – Israeli settlers today attacked volunteers helping a Palestinian farmer harvest his olive crops in the village of Kisan, east of Bethlehem, stabbing a foreign volunteer and breaking her leg, according to the landowner Ibrahim Ibayyat.

He said settlers attacked the volunteers, local and foreign, who came to help him in harvesting his olive crops, stabbing a foreign volunteer in the back and causing a fracture in her leg.

The settlers, he added, uprooted more than 300 olive saplings he had planted in his 90-dunum land and sprayed the olive trees with incendiary chemical pesticides.

Kisan, similar to many other Palestinian villages located near illegal Israeli settlements, come under regular army-sanctioned settler attacks, mainly during the olive harvest season, kicking them out of the lands, stealing their crops, and burning, chopping, or uprooting olive trees.

In the village of Jamaeen, south of the northern West Bank city of Nablus, settlers today attacked olive harvesters, throwing rocks at them and forcing them to leave their lands, according to Ghassan Daghlas, a local official.

Volunteers from the Faza’a group, composed of Palestinian and foreign volunteers, go to many villages throughout the West Bank located near settlements or threatened by settlers or soldiers to help the farmers harvest the olives and protect them against settler attacks. Settlers always take advantage of the farmers being alone and attack them.