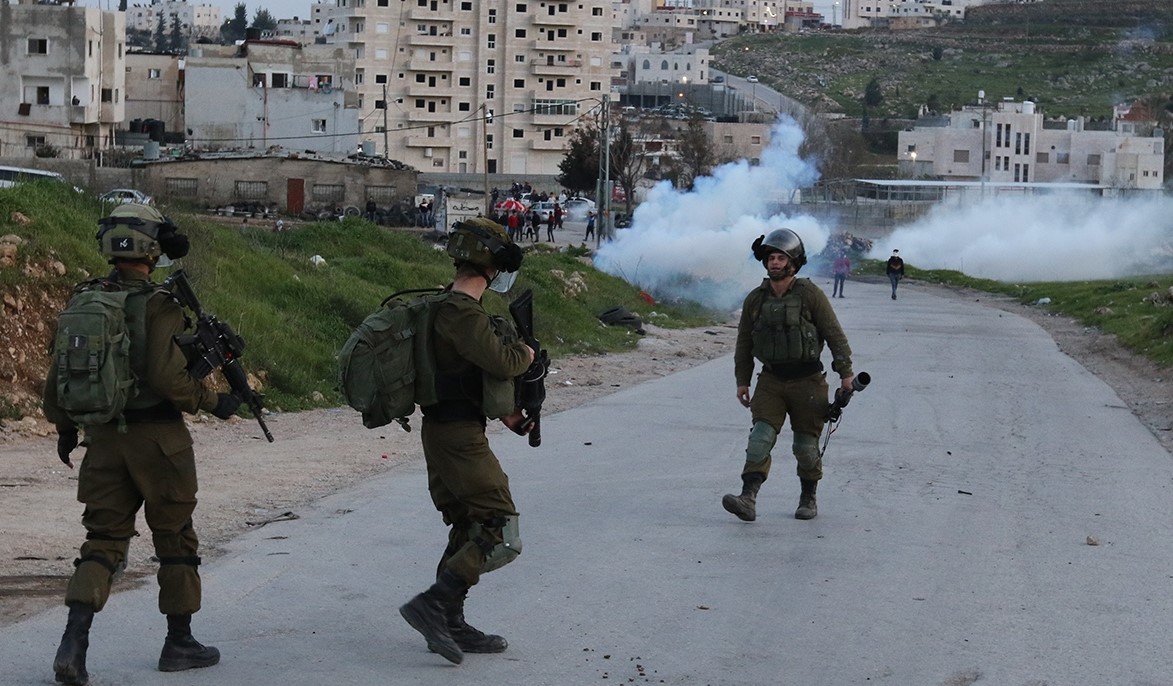 Palestinians rallied today at points of friction across multiple West Bank areas to condemn the Israeli army’s carnage in Jenin.

Forces attacked a rally at the northern entrance of al-Bireh city with rubber-coated steel bullets, tear gas canisters, and stun grenades, shooting and injuring a youth in the foot. Several people suffocated due to tear gas inhalation.

Israeli forces stationed at the military checkpoint at the entrance to al-Shuhada street in central Hebron attacked a similar rally, firing live “Tutu” ammunition, rubber-coated metal bullets, tear gas canisters, and stun grenades toward participants in the rally, shooting and injuring two people with Tutu bullets in the foot. Two youths were also detained by the army.

Forces also set up a military checkpoint at the northern entrance of Hebron city, where they stopped and searched Palestinian-registered vehicles, and inspected the identity cards of passengers, causing a heavy traffic jam.

Two journalists were also injured, while dozens of Palestinians suffocated by tear gas as Israeli forces attacked another condemnation rally at Huwwara checkpoint to the south of Nablus.

One of the journalists was also struck with a tear gas canister in the foot, while the other sustained bruises. A minor also sustained burns on his hand.

Several other Palestinians suffocate by tear gas during an Israeli forces' attack on another rally in Deir Sharaf town to the west of Nablus.

Clashes were also witnessed in the town of al-Khader to the south of Bethlehem, during which Israeli forces fired stun grenades and tear gas canisters toward the Palestinians rallying in condemnation of the early morning attack on Jenin, causing several people to suffocate.