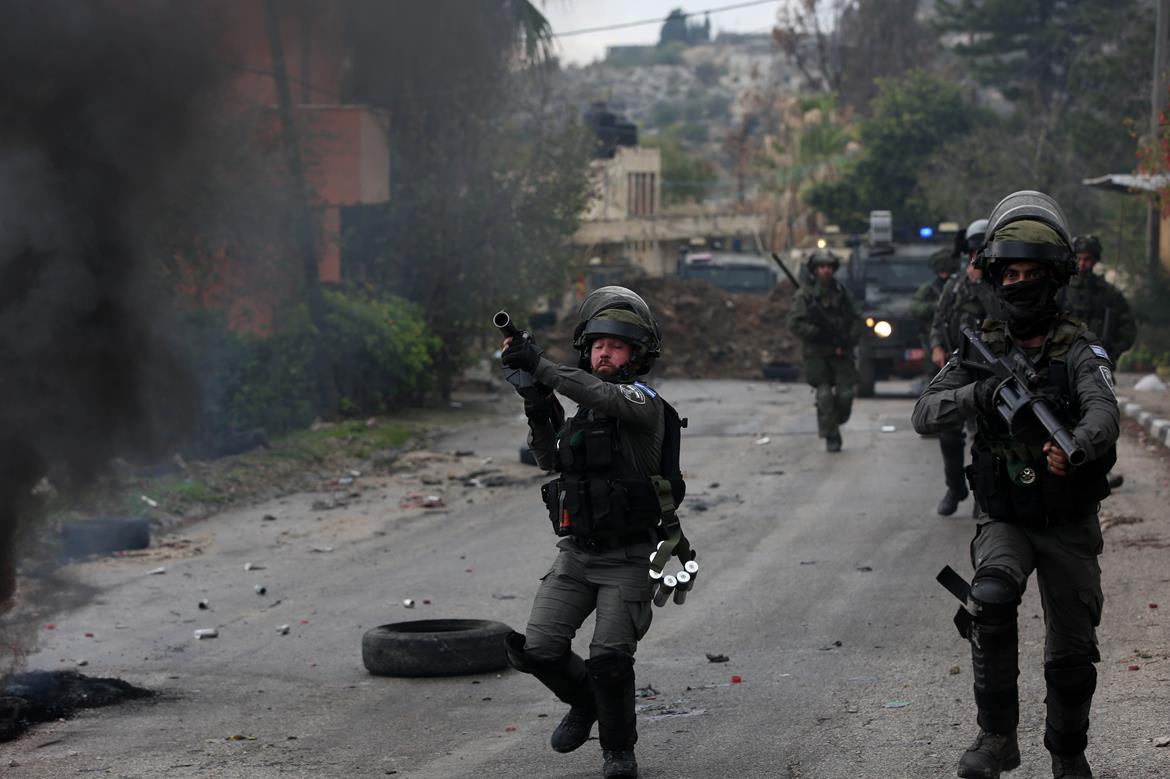 Al-BIREH, Wednesday, September 28, 2022 (WAFA) – A Palestinian youth was shot and injured by rubber-coated steel bullets and others suffocated as Israeli forces attacked a rally condemning the Israeli army’s bloodshed in Jenin earlier today, according to local sources.

Palestinians rallied today at the northern entrance of al-Bireh city in condemnation of the Israeli army’s incursion into Jenin earlier today, which left four Palestinians killed and dozens of others injured, including many seriously.

Forces attacked participants in the rally with rubber-coated steel bullets, tear gas canisters, and stun grenades, shooting and injuring a youth in the foot. Several people suffocated due to tear gas inhalation.