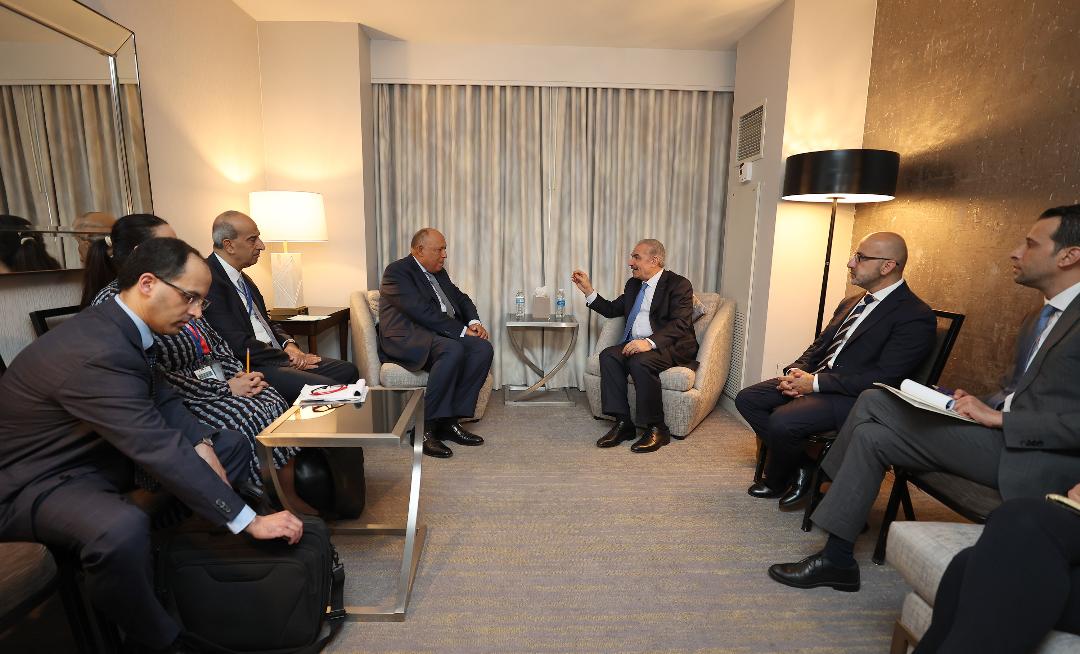 During the meeting, held on the sidelines of the Ad Hoc Liaison Committee (AHLC) at the UN Headquarters in New York, Premier Shtayyeh and Foreign Minister Shoukry discussed the means to ensure the success of the AHLC meeting and revitalize the long-stalled peace process.

Shtayyeh and Shoukry stressed the importance that the AHLC meeting comes out with an international vision to safeguard the two-state solution and of encouraging donor countries to fulfill their financial obligations twards the Palestinian Authority in order to help the latter face the harsh financial situation gripping it.

Premier Shtayyeh expressed appreciation to Jordan and Egypt for their role as part of the Munich Group and welcomes the Group’s statement affirming their commitment to a just and lasting peace in the Middle East based on international law and relevant United Nations resolutions and underlining the importance of urgently creating political and economic horizons, in order to preserve the prospects of the two state solution.

He briefed the top Egyptian diplomat on the Israeli repressive measures against Palestinians, including detention raids, killings and undermining the possibility of conducting elections through banning them in Jerusalem.

The top Egyptian diplomat Shoukry reiterated his country’s staunch stance supportive of the Palestinian cause as well as the necessity of breaking the current peace process deadlock and bringing the Palestinian people closer to the fulfillment of their legitimate aspirations by ending the occupation and establishing the independent state.