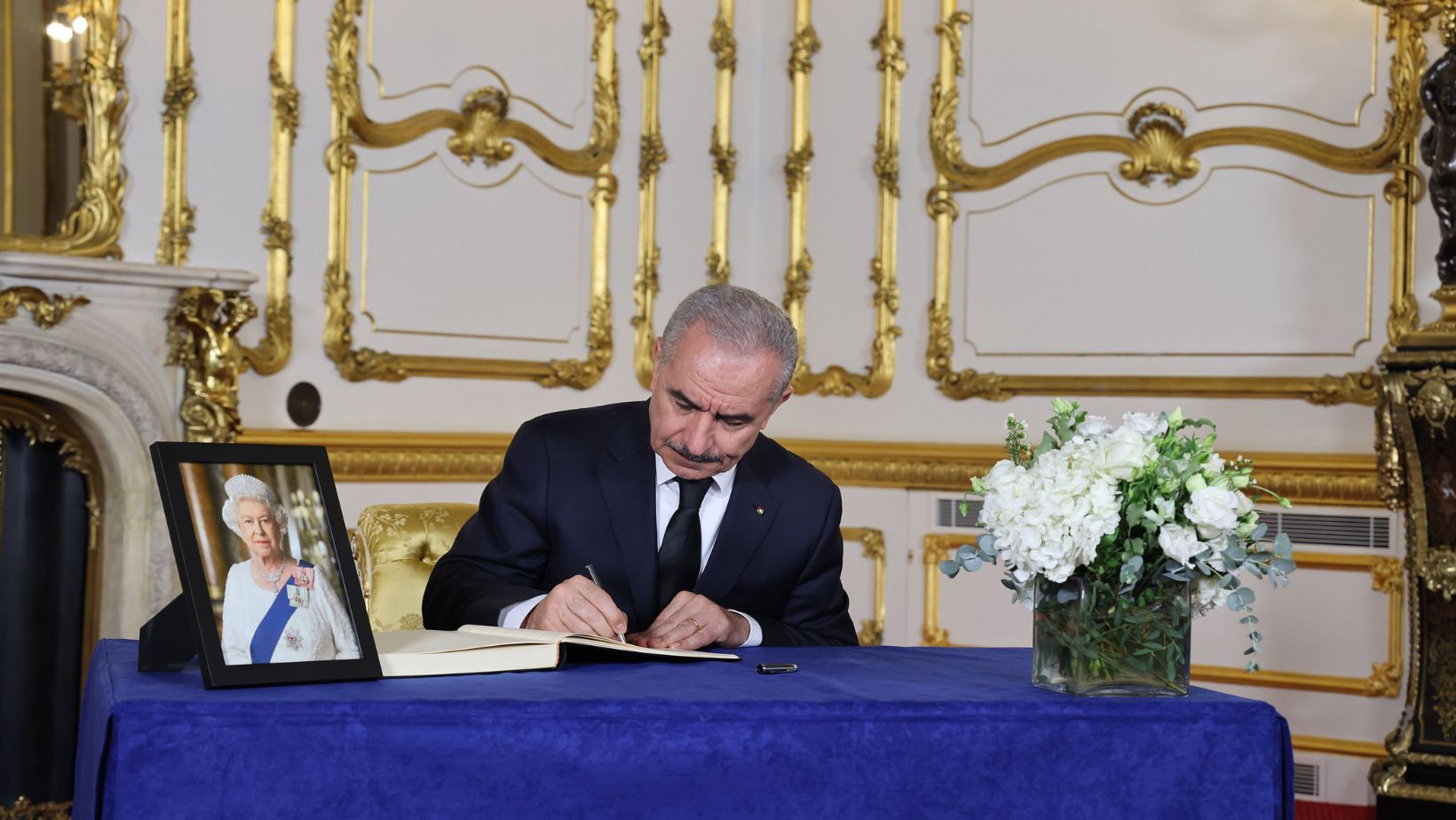 LONDON, Monday, September 19, 2022 (WAFA) - On behalf of the President of the State of Palestine, Prime Minister Mohammad Shtayyeh has Monday attended the funeral of Queen Elizabeth II, which was held at Westminster Abbey in central London.

The service was attended by King Charles III and members of the Royal family as well as world leaders from several countries.