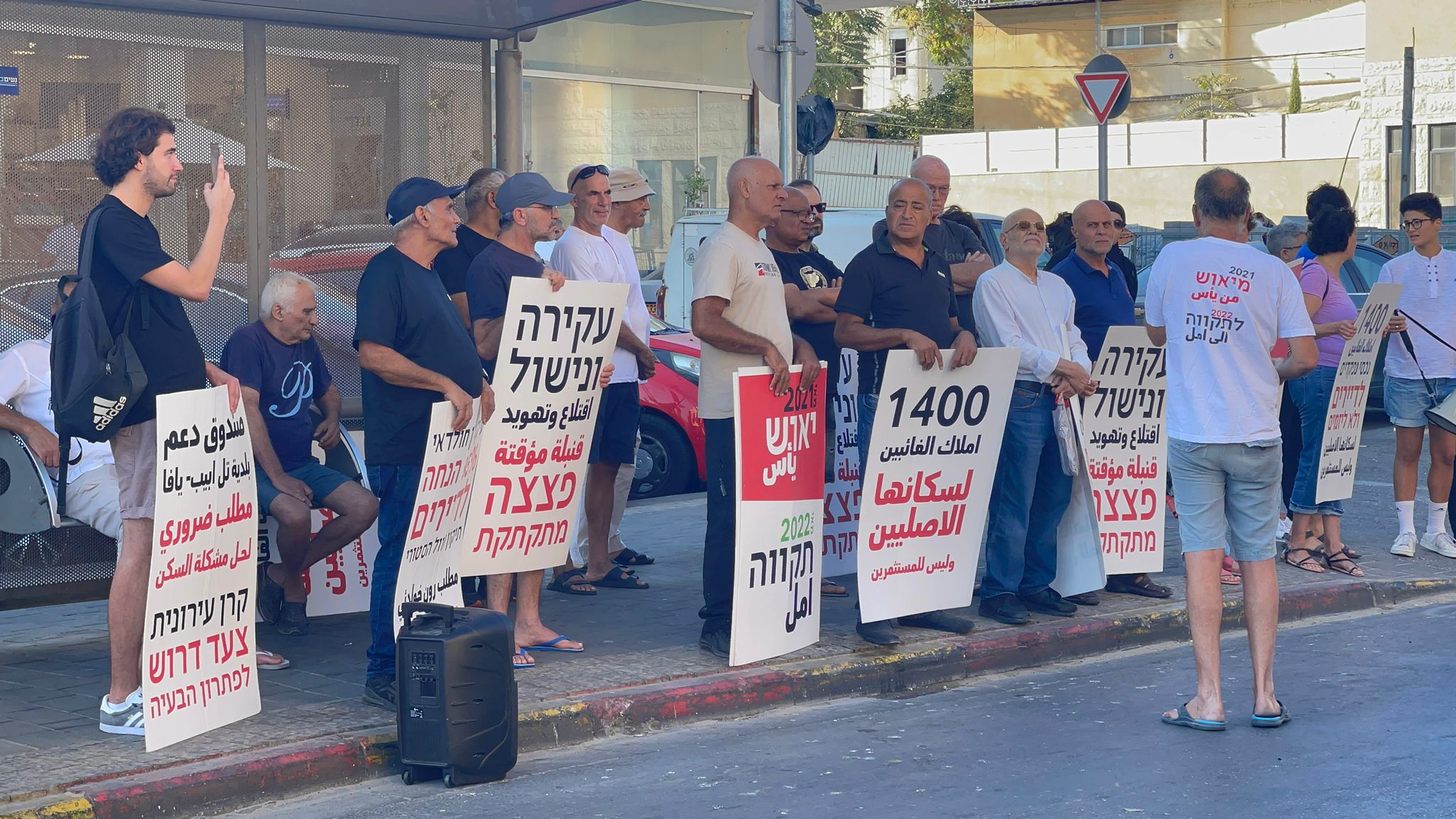 JAFFA, Friday, September 16, 2022 (WAFA) – Scores of Palestinians demonstrated today in the Arab city of Jaffa in Israel in protest of Israeli plans aimed at ethnically cleansing nearly 1,400 Palestinian families out of the city.

The protesters waved banners expressing rejection of the Israeli eviction plan, which is being implemented under the so-called ‘absentee property law’, under which hundreds of indigenous Palestinian families could be evicted out of their homes in favor of Israeli settler organizations.

The protesters chanted, "Jaffa is not for sale," stressing that the ethnic cleansing of native Palestinians in Jaffa is just a time bomb to drive all of its Palestinian citizens out on the long run.

Most of Jaffa’s Palestinian population were forced to flee the city during the 1948 Zionist occupation of historic Palestine, the events that were later known as the Nakba (catastrophe), but a community of approximately 15,000 Palestinians, who now hold Israeli citizenship, are still present in their ancestral land.