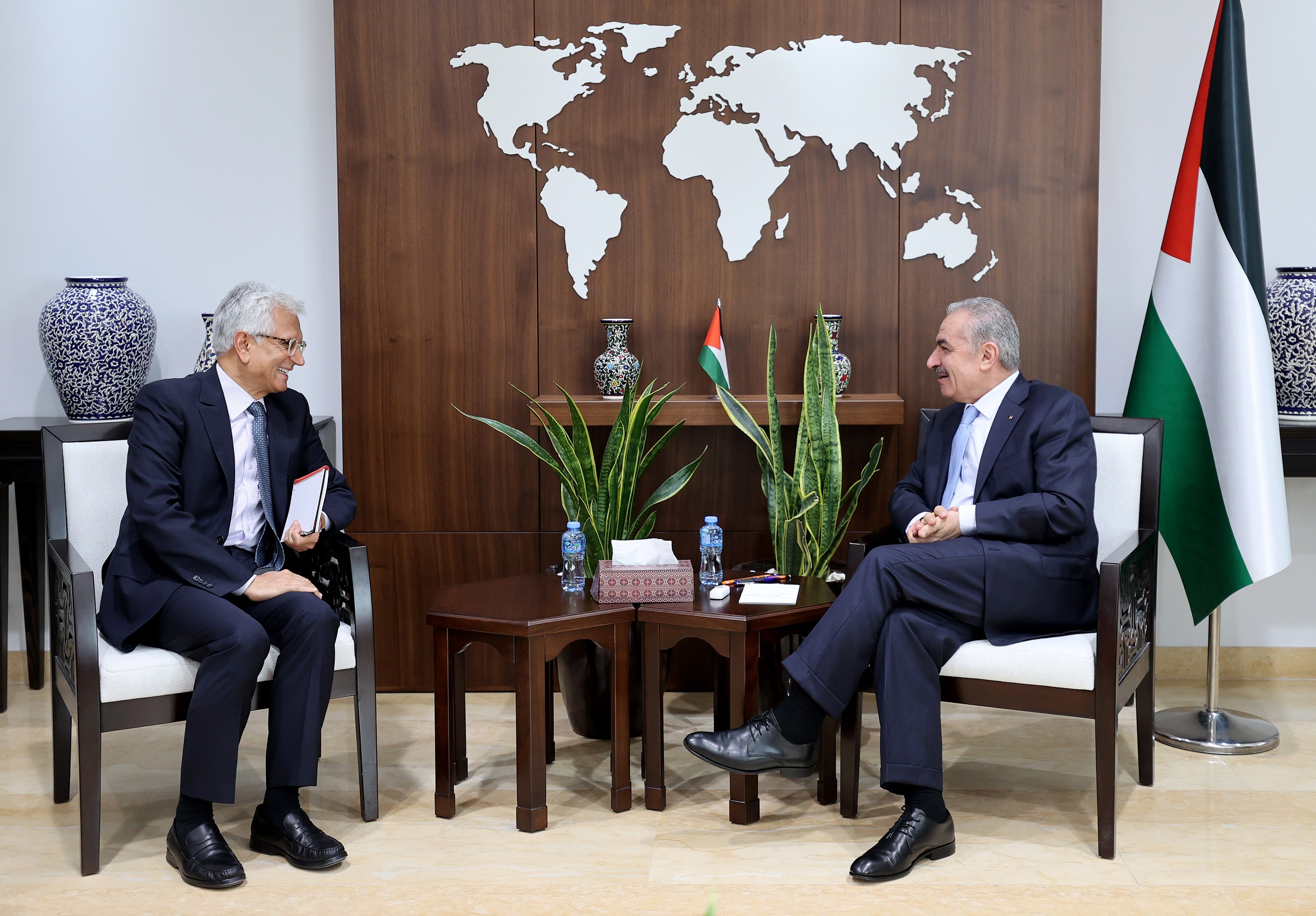 Prime Minister Mohammed Shtayyeh during a meeting in Ramallah with Dean of the World Bank Board of Executive Directors, Mirza Hassan.

RAMALLAH, Wednesday, September 14, 2022 (WAFA) – Prime Minister Mohammed Shtayyeh today briefed the Dean of the World Bank Board of Executive Directors, Mirza Hassan on the Palestinian government’s efforts to stanch the financial hemorrhage facing the government as a result of Israel’s deductions of Palestinian tax revenues.

During a meeting in Ramallah, Shtayyeh stressed that all unilateral actions would not be sufficient to produce a final solution to the difficult financial situation in light of the continuing control of the occupation over Palestinian land, borders, and capabilities, and its continued illegal deductions of Palestinian tax funds.

Shtayyeh called on the international community and its institutions to continue supporting Palestine and to pressure Israel to abide by the signed agreements.

The prime minister also reviewed the financial and administrative reform agenda endorsed by the government, which aims toward the optimal utilization of available resources, increasing revenue, and decreasing expenditure, stressing that the government has enacted several modern laws in line with developments of the modern era to facilitate the lives of Palestinians.

Shtayyeh thanked the World Bank for its continued and sustainable support to Palestine despite all circumstances.