Israeli forces halt the construction against structures near Bethlehem 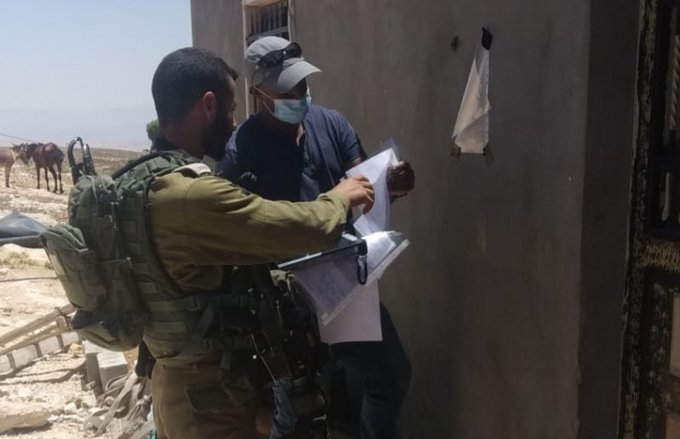 BETHLEHEM, Wednesday, September 14, 2022 (WAFA) – Israeli authorities Wednesday issued an order to halt the construction against a Palestinian-owned house and agriculture rooms in the village of Husan, to the west of the occupied West Bank city of Bethlehem.

Mohammad Hamamra, from the Husan village council, told WAFA that the Israeli forces halted the construction of a 100 square meter house owned by local resident Taher Shousha under the pretext that it was built without a permit.

The forces also halted the construction of three agricultural rooms owned by several citizens under the pretext that they were built without a permit.

They also prevented a citizen from rehabilitating his land.

The Husan village has been subjected to several violations by the Israeli forces.