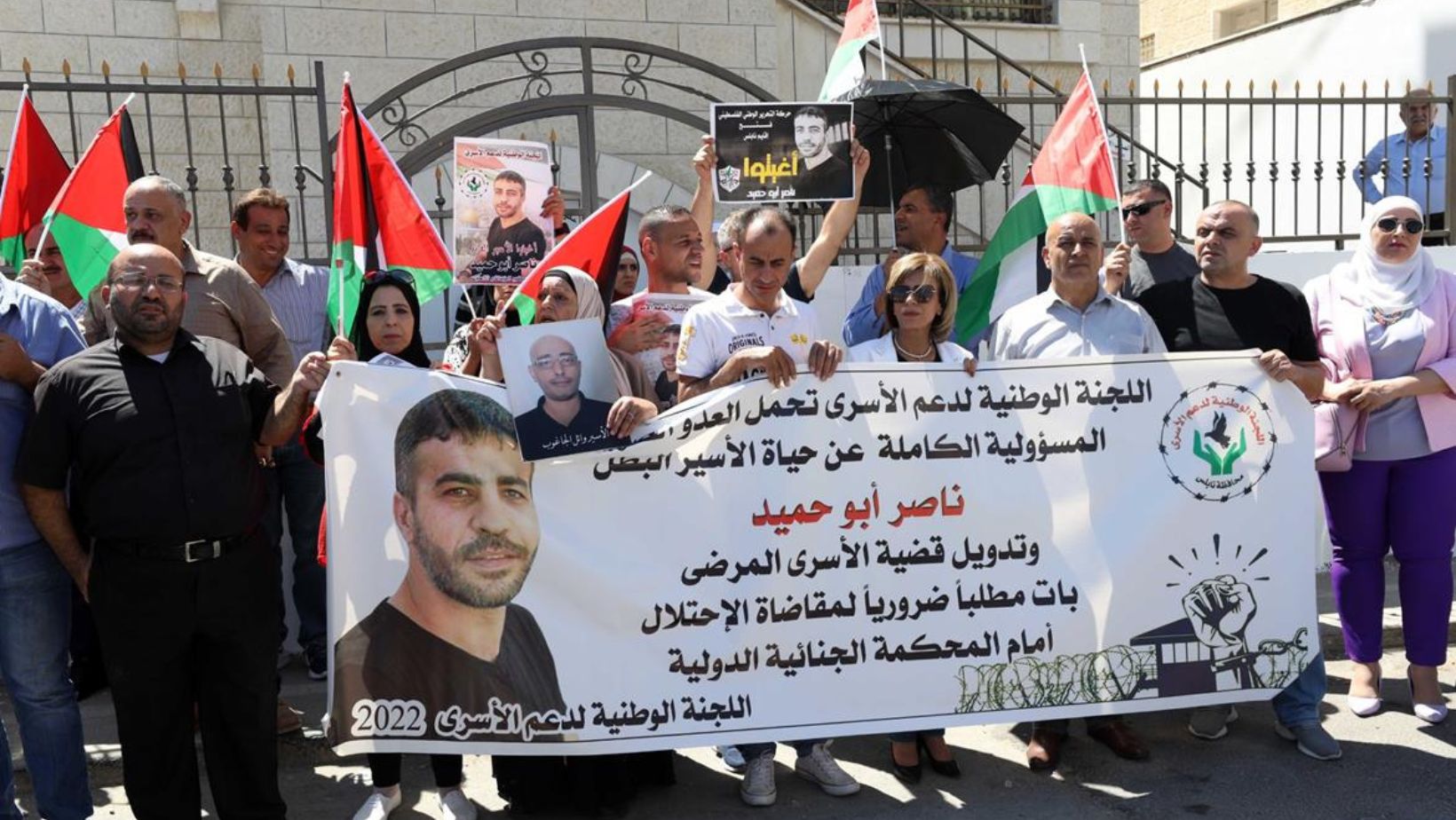 NABLUS, Sunday, September 11, 2022 (WAFA) – Hundreds of Palestinians marched today in the center of Nablus city in the occupied West Bank, demanding the Israeli occupation authorities to release Nasser Abu Hmeid, a Palestinian patient of cancer serving a life in Israeli prisons who is currently on the verge of death.

The protesters, who gathered outside the International Committee of the Red Cross (ICRC) office in the city, waved Palestinian flags and banners calling for Abu Hmeid’s immediate release due to his critical health condition, exacerbated by the Israeli policy of medical negligence.

Abu Hmeid, 49, from Amari refugee camp in Ramallah, entered into a coma earlier this year after suffering a severe inflammation of the lungs as a result of bacterial contamination. He’s currently battling death at the infamous Israeli Ramla Prison Clinic.

Hasan Abed Rabbo, a spokesman for the PLO Detainees Affairs Commission, has told WAFA that the occupation authorities have practiced medical negligence against Abu Hmeid, and that during the past two months he has not received any treatment.

Last month, the Commission said a tumour which was detected in Abu Hmeid’s head was a result of Israeli Prisoner Service’s failure to deal with his health condition at an earlier stage, and that he was supposed to undergo a CT scan of the head and abdomen and a biopsy again due to his worsening health condition.

The family of Abu Hmeid has been appealing to all parties of concern to take urgent and effective action to ensure his immediate release so that they can bid him a farewell before an imminent death.

The Palestinian Prisoners and Ex-Prisoners Affairs Commission have also urged all human rights and international institutions to urgently intervene and pressure the Israeli occupation authorities to release him.