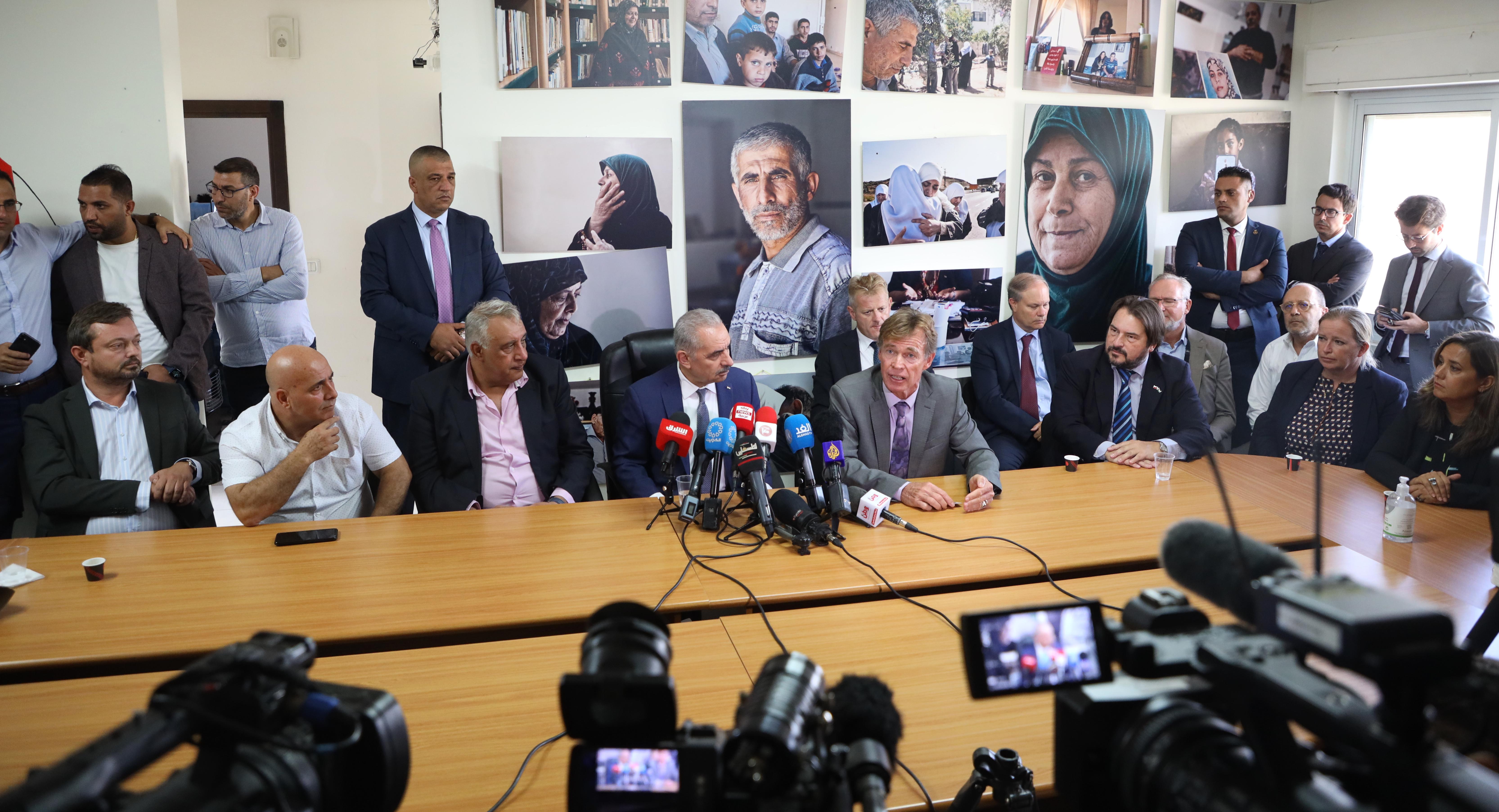 RAMALLAH, Tuesday, September 6, 2022 (WAFA) – Prime Minister Mohammad Shtayyeh today said that the visit of European diplomats to a Palestinian civil society group targeted by Israel is a message of support for the Palestinian people and institutions.

Diplomats representing the European Union member states and likeminded countries today attended the re-opening of Addameer offices in Ramallah in the presence of Prime Minister Shtayyeh.

Addameer was one of six Palestinian human rights and civil society organizations raided and ransacked by Israeli occupation forces on August 18 and forced to shut down after the Israeli Ministry of Defense labelled them as “terrorist” organizations and outlawed them.

"The closure of a number of civil society organizations that operate in the heart of Palestinian cities is null and void, illegal and illegitimate,” said Shtayyeh. “These organizations operate within the Palestinian law and are licensed by the Government of the State of Palestine. They abide by law and order, and the occupying Power has no right in any way to infringe on Palestinian freedoms and institutions."

He added, addressing the guests, "Your presence here is a message of support and solidarity with our people and institutions and we appreciate your support for our official institutions, civil society institutions and all components of the Palestinian society, as well as a message of condemnation of the Israeli violations because Israel targets all our land, people, institutions and leadership, and does not differentiate in its actions between the official, civil or popular levels."

In a tweet following the visit, the European diplomats said that the Israeli raids and closure of the Palestinian institutions “are not acceptable,” adding that the “EU will continue to support a free and strong Palestinian civil society, which is indispensable for promoting human rights, democratic values and for advancing towards the two-state solution.”