Newspapers Review: The Israeli army killing of a young Palestinian in Qabatya highlight of the dailies 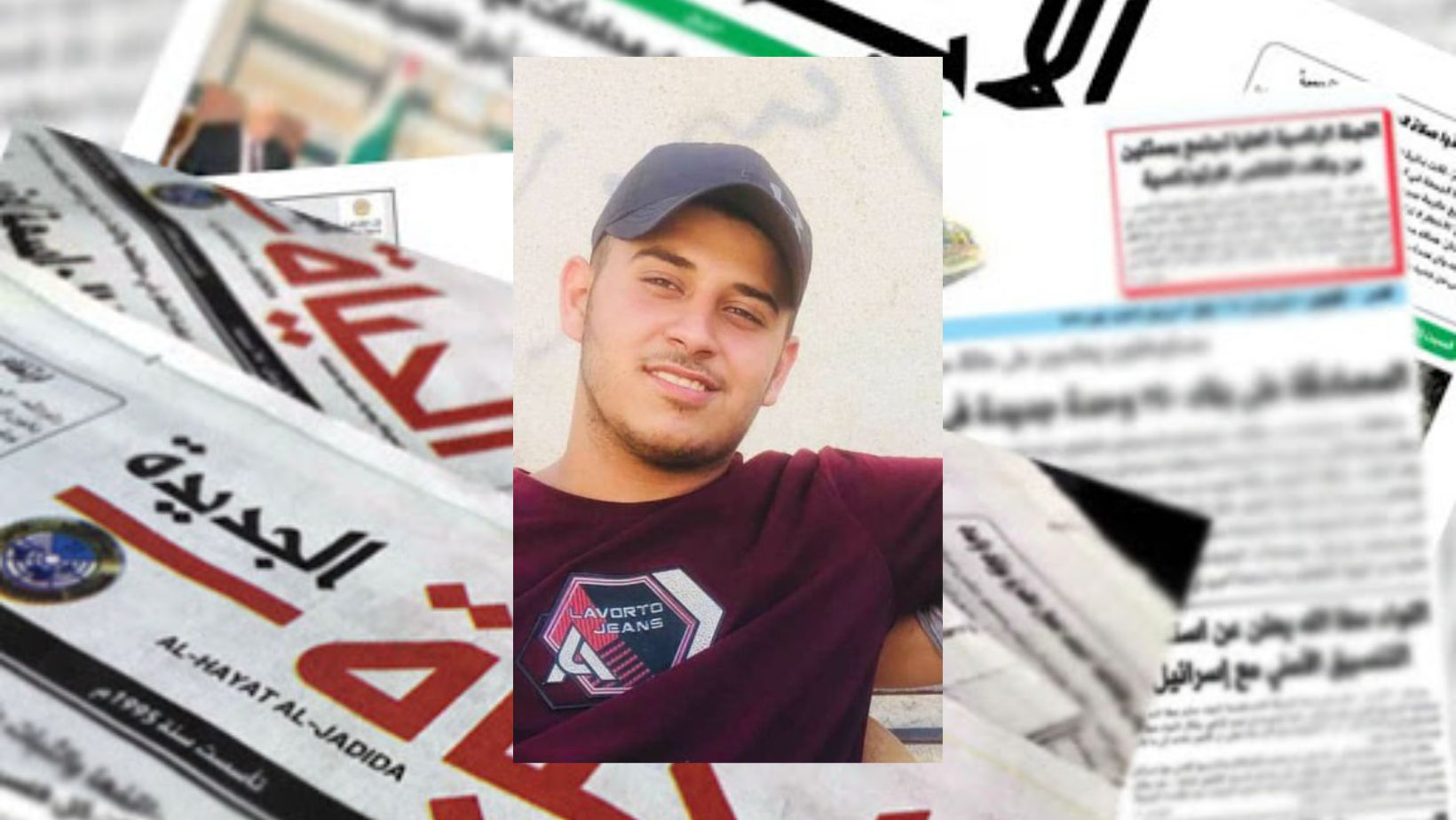 RAMALLAH, Tuesday, September 6, 2022 (WAFA) – The Israeli army killing of a 19-year-old Palestinian in the northern West Bank town of Qabatya was highlighted on the front page of the three Palestinian Arabic dailies published today.

The papers said Taher Zakarneh was shot dead and many others were injured during an army raid into the town with al-Ayyam daily quoting Zakarneh’s father saying he was killed in cold blood.

Al-Hayat al-Jadida said the Israeli army carried out other incursions into West Bank towns and villages and issued demolition orders.

Al-Ayyam said injuries were reported during a raid of the southern West Bank city of Hebron while the army has intensified its checkpoints in many areas.

The third daily, al-Quds, said the Israeli army report on the killing of journalist Shireen Abu Akleh admitted the possibility of Abu Akleh being killed by an army bullet, even though by mistake.

Al-Ayyam said on this topic that the report concludes that Israel will not conduct a criminal investigation into the killing of Abu Akleh because it could not find any reason for it.

Al-Hayat al-Jadida said presidential spokesman Nabil Abu Rudeineh stressed, in light of the Israeli report on Abu Akleh, that the leadership will continue to pursue this issue with international parties and the International Criminal Court.

It said the Abu Akleh family has rejected the Israeli report.

The paper also said on another topic that President Mahmoud Abbas arrived in Cairo yesterday and met with the Egyptian foreign minister and the Arab League chief.

Al-Quds said the so-called Civil Administration, the Israeli military government’s arm in the occupied territories, is preparing to give legal status to dozens of agricultural settlement outposts throughout the occupied West Bank and quoted settlement expert Khalil Toufakji saying that Israel plans to seize one million dunums of Palestinian land.

It quoted Prime Minister Mohammad Shtayyeh saying during the weekly cabinet meeting that Israel’s restrictions on the entry of foreign nationals into Palestine are a racist policy.

It said the European Union provided the Palestinian Authority with €35 million for the salary of its employees.