Around 1.4 million students begin the new school year in Palestine amidst concern over education in Jerusalem 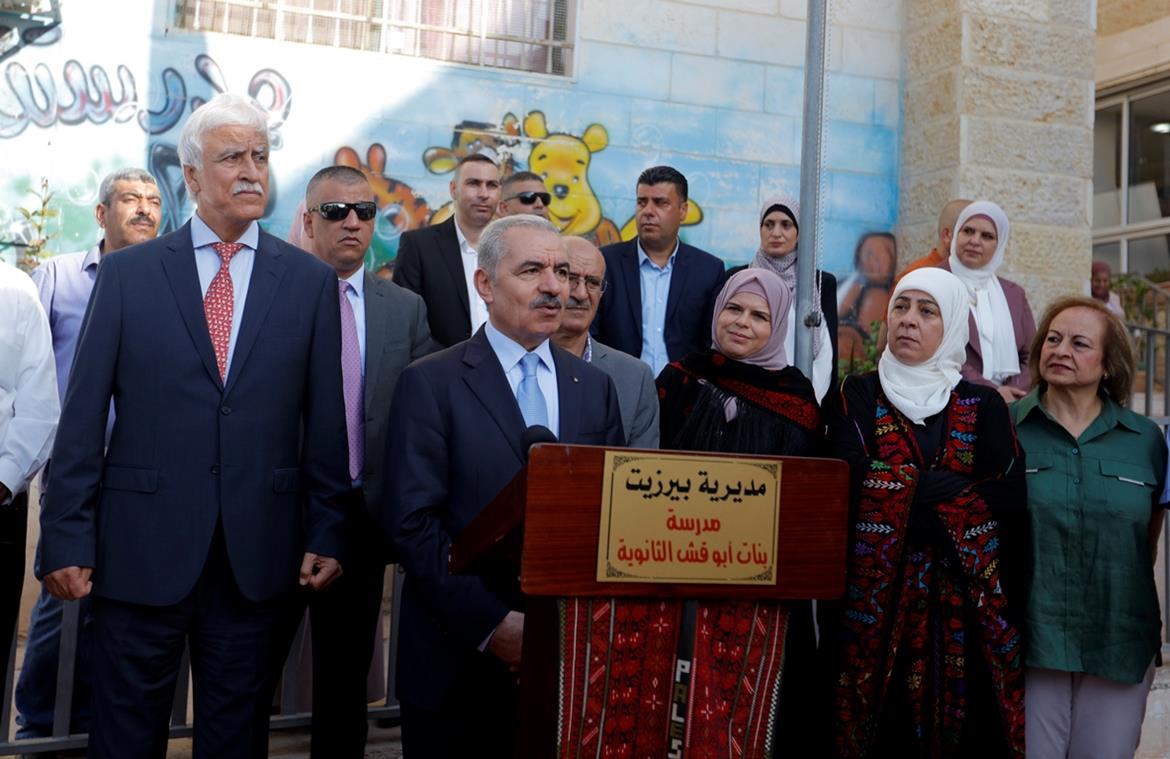 Photos: Prime Minister Mohammad Shtayyeh visits the Abu Qash Girls' School in Ramallah, and congratulates the students on their return to the classrooms after the summer break. (WAFA Images)

RAMALLAH, Monday, August 29, 2022 (WAFA) – Around 1.4 million students today began the new school year in Palestine at almost 3222 schools around the country amidst deep concern over the future of education in occupied East Jerusalem due to Israeli meddling.

Prime Minister Mohammad Shtayyeh visited one of the schools in the Ramallah governorate during which he congratulated the students on their return to the classrooms after the summer break.

"The first day of the new school year 2022 is an exceptional day,” said Shtayyeh addressing students at Abu Qash girls' school. “One million and 385,000 students are enrolled in all the governorates around the country, including Jerusalem schools, as well as Palestine schools in Romania, Turkey, Qatar and various areas of the Palestinian diaspora.”

The Prime Minister said the Ministry of Education opened this year 20 new schools across Palestine, and yesterday it completed the distribution of 10 million textbooks for all levels.

In addition, installation of solar panels was completed in 120 schools across Palestine in order to generate electricity from solar energy, said Shtayyeh.

The situation of schools in occupied East Jerusalem, however, remains precarious as the Israeli occupation authorities are this year coercing the Palestinian schools by withholding money from them or threatening to withdraw their licenses in order to compel them to teach the Israeli curriculum instead of the Palestinian curriculum as has been the case since the 1967 occupation, and have also censored the Palestinian textbooks, removing pages and changing texts, particularly on topics related to the history and geography of Palestine and Jerusalem in particular, as well as changing verses from the Quran, the Muslim holy book.

During his tour of the schools today, Prime Minister Shtayyeh said, making reference to the Israeli assault on Palestinian education in occupied East Jerusalem, "If the occupiers managed to conquer our land they cannot conquer our minds. We build on the ground, in the intellect, in the institutions, and in the human being for a free, prosperous, independent, sovereign and contiguous Palestine with Jerusalem as its capital.”