Two Palestinians injured by Israeli gunfire during confrontations near Hebron 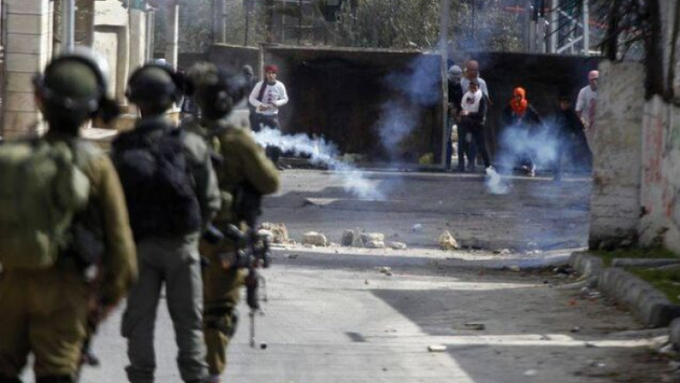 HEBRON, Friday, August 26, 2022 (WAFA) – Two Palestinians were Friday injured with live bullets during the confrontations that erupted between Palestinian youths and Israeli soldiers in the town of Beit Ummar, north of the occupied West Bank city of Hebron, local sources said.

Mohammad Awad, an activist, said that confrontations erupted in the area of Aseeda, where Israeli soldiers fired gas bombs and live bullets at protestors, injuring two.

He added that one of the two casualties was wounded with a live bullet in his foot.

Awad said that the soldiers closed the main gate built at the village entrance.