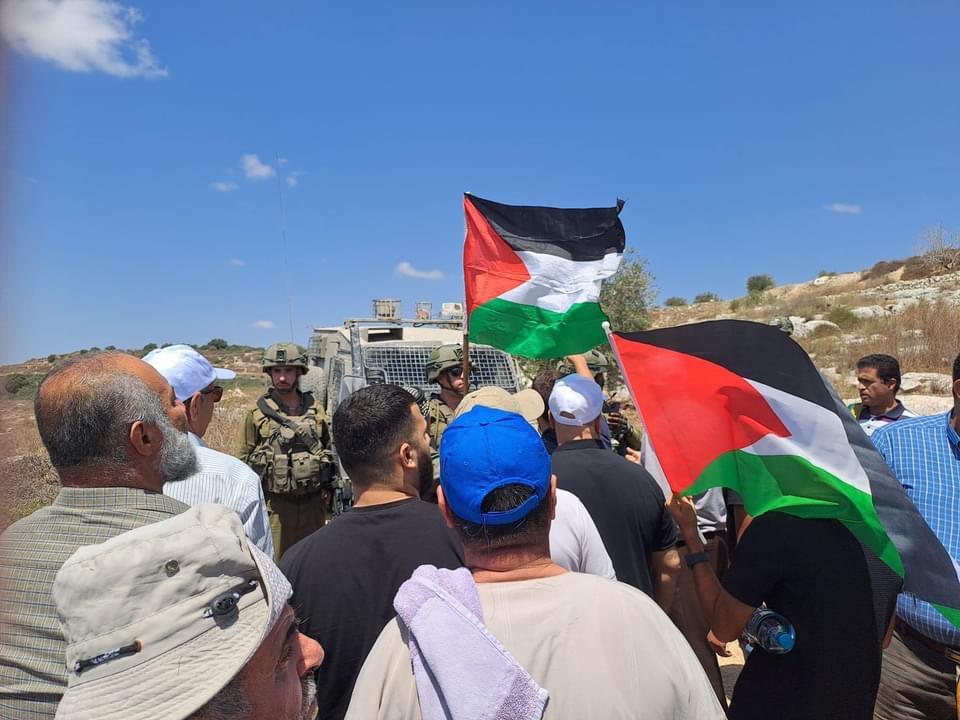 TULKARM, Friday, August 26, 2022 (WAFA) – Israeli forces Friday suppressed a sit-in against Israeli settlers' violations in the area of Abu Louqa, to the east of the occupied West Bank city of Tulkarm, according to sources.

Israeli soldiers fired tear gas bombs, rubber-coated steel rounds and live bullets, at protestors, suffocating many of them with tear gas bombs, including Alaa' Badarnah, a photojournalist, who was injured with a gas bomb in his foot as he was covering the sit-in.

Ma'en Rashed, land's owner, said this sit-in came in protest against the ongoing Israeli settlers' attacks in the area, which included installing tents and carvans on his land.

He added that such attacks don't only aim to seize the land but it's also among a settler project that extends from the near illegal Israeli settlements of Enav and Avni Hevets, which means surrounding nearby Palestinian villages after seizing their lands.

To be noted, Abu Louqa area is 80 donums of lands and is rich in olive trees.