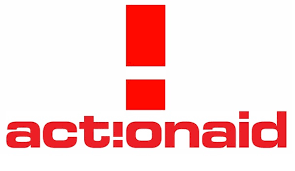 RAMALLAH, Monday, August 22, 2022 (WAFA) – ActionAid Palestine (AAP), a global movement of people working together to further human rights for all and defeat poverty, condemned in a statement the Israeli forces’ raid into the offices of several Palestinian human rights advocacy groups, which they had previously labeled as “terrorist organizations”, closing them down and reportedly seizing assets and documents.

These are organizations that actively document human rights violations committed by the Israeli occupation in occupied Palestinian territories (oPt) and advocate for the rights of Palestinian people in national and international forums, noted AAP.

Commenting on the raids, Ibrahim Ibraigheth, Country Director of ActionAid Palestine, said: “We strongly condemn these actions. These attacks are another way of the Israeli occupation trying to assert its authority and undermine the work of human rights organizations in Palestinian territories. It’s an attempt to prevent such organizations from exposing Israeli violations committed against the Palestinian people and is completely unjust.”

“We stand in solidarity with Palestinian human rights organizations, who are working to stand up for the rights of the Palestinian people. Such attacks are in contravention of international humanitarian law, to which Israel must be held accountable. Only with pressure from the international community can we bring about justice for Palestinians,” stressed Ibraigheth.