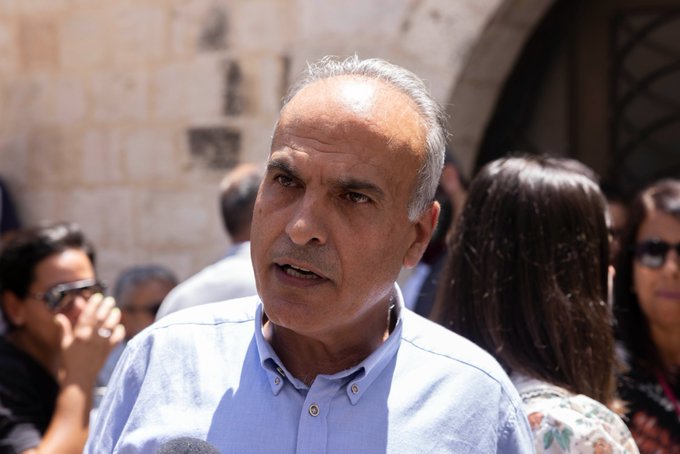 The organization said in a tweet that "Khaled Quzmar,, DCIP's General Director, is in Israel Security Agency (Shin Bet) custody as Israeli authorities again escalate attacks against DCIPalestine, Al-Haq, Addammer, and others."

It added that Quzmar was summoned for interrogation by the Israeli Security Agency.

"Quzmar received a phone call at 2:25 pm local time from a Shin Bet agent summoning him for interrogation. He went to Israel's Ofer military base soon after...," said the organization.

"An eyewitness at Ofer military base saw Quzmar escorted into Shin Bet premises around 3:20 pm. Quzmar was not allowed to have legal counsel accompany him. We are waiting for updates."

Quzmar was interrogated for two hours and released, according to sources.

Last week, Israeli forces raided the headquarters of seven Palestinian human rights and civil society organizations in the occupied West Bank cities of Ramallah and al-Bireh and ordered the places to be shut down after ransacking them and seizing documents.