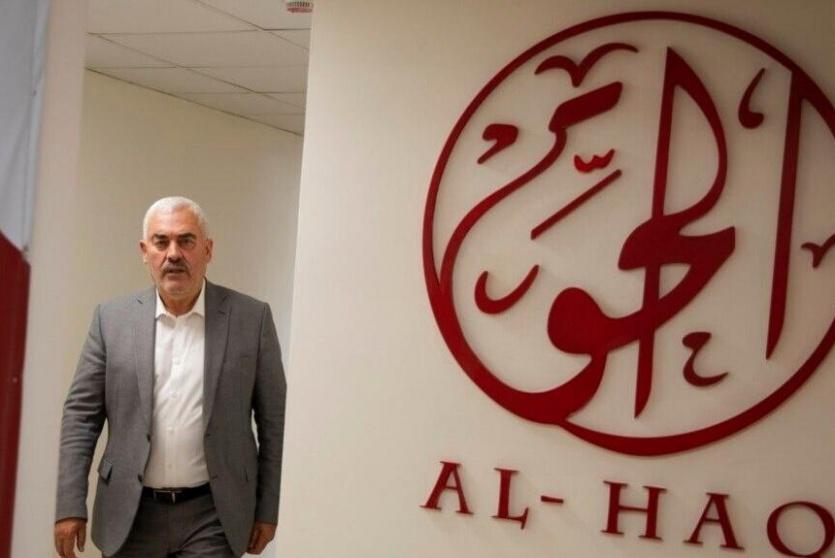 RAMALLAH, Sunday, August 21, 2022 (WAFA) - The General Director of Al-Haq human rights organization, Shawan Jabarin, received a phone call today from a person introducing himself as captain Fahed of the Israeli Security Service, the Shabak, who demanded that Shawan arrives for interrogation at the Ofer military base of the Israeli occupying forces, located near Ramallah, the group said in a statement.

According to the statement, Shawan refused to comply and told the person he has no guarantees that he is a real person from the Shabak. The person then said he could send Shawan a message to whatsapp. Shawan responded that as an individual whose work is done in accordance with international law, he will not take the call seriously and that an official letter through a lawyer needs to be sent, or that the Israeli army could visit him in Ramallah, but that he will not go to Ofer.

Shawan responded that all these accusations are utter nonsense and complete lies and that Israel continues to fabricate allegations against Palestinian civil society organizations and human rights defenders. The caller then threatened Shawan that a price, including a personal price from Shawan, will be paid through imprisonment, interrogations and other measures, if Al-Haq continues to work.

During the phone call, which lasted around five minutes, Shawan asked the caller if he is being threatened, and the caller confirmed and reiterated that a personal price will be paid and that Israel will not allow Al-Haq to continue its work.