Mohammad Shaham, the Israeli soldiers went into the wrong house and killed him in cold blood using a silencer 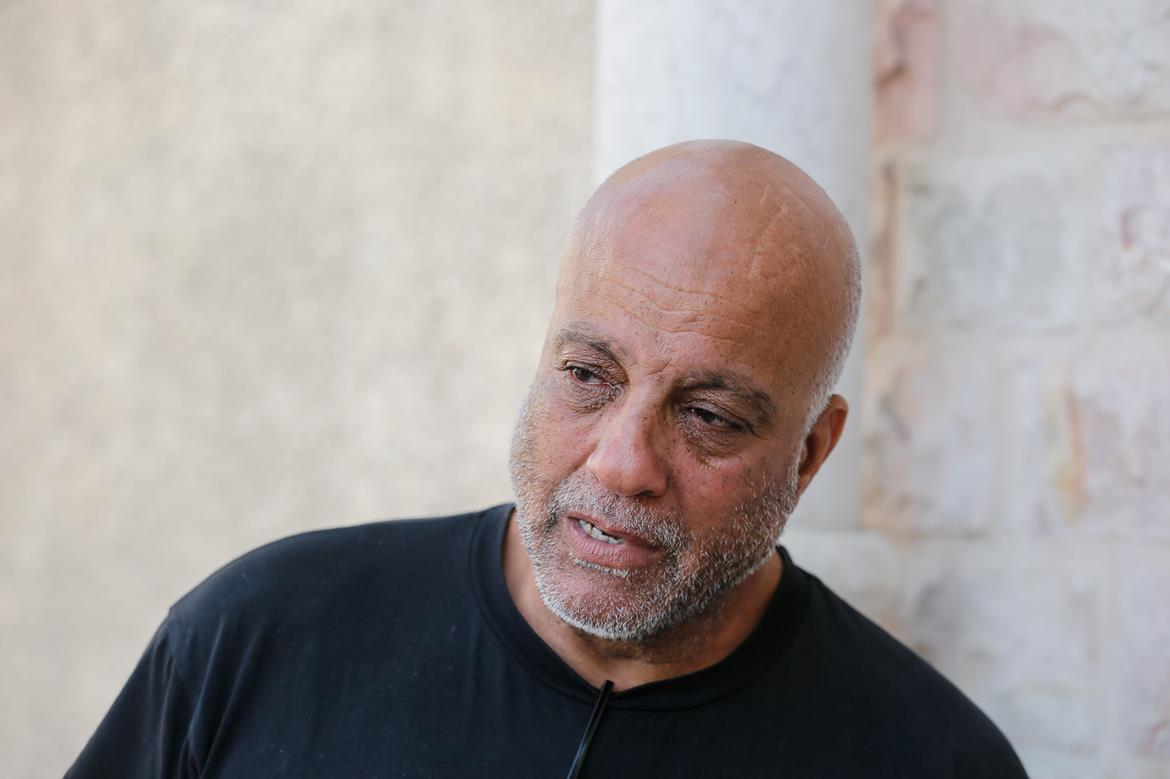 Ibrahim Shaham, Mohammad’s father, said “I called my son’s name several times, then went down to check on him before the soldiers attacked me and my family. They tied us up and then took us to our neighbor’s apartment.”

RAMALLAH, Monday, August 15, 2022 (WAFA) - “We made a mistake in the house,” said one of the Israeli occupation soldiers simply justifying to the mother of Mohammad Ibrahim Shaham, 21, the execution of her son in cold blood in front of his family's eyes.

At 3:30 in the morning, Ibrahim Shaham woke up frightened by the scary knocks at the door of his apartment on the third floor of a building in Kufr Aqab, a Palestinian neighborhood north of occupied East Jerusalem located behind the separation and apartheid wall.

Seconds later, the door was blown up. Soldiers broke into his apartment and shot at his son, Mohammad, who was standing next to him, hitting him in the head.

"Mohammad must have thought that thieves were trying to break into the house, so he jumped from his bed towards the door, and as soon as he got there, the soldiers blew it up and immediately fired shots from a gun with silencer towards his head," Shaham's mother said.

“I shouted at the soldiers, and one of them told me that they had come to the wrong house and they also shot by mistake even though they blew up the door of the house and killed Mohammad immediately without warning and without even checking his identity,” she added.

"I tried to help Mohammad, and I grabbed his hands. He looked at me and smiled, and made a faint moaning sound. Then the soldiers pushed me away and prevented me from staying next to him. They took us to the apartment next door," said the mother.

Ibrahim Shaham, Mohammad’s father, said “I called my son’s name several times, then went down to check on him before the soldiers attacked me and my family. They tied us up and then took us to our neighbor’s apartment.”

He said that one bullet hit Mohammad's head from point blank, while three other bullets hit the walls of the apartment. “If I had not taken shelter with my son Sanad behind the door, the bullets would have hit us,” he said.

The soldiers raised Mohammad’s feet on the sink located to the left of the entrance to the apartment and he remained in this position, bleeding for 40 minutes, said Ibrahim Shaham. “I saw him die, and I couldn’t tell my wife about that,” he said, refuting allegations by the Israeli media that Mohammad tried to stab one of the soldiers, stressing that he was shot as soon as the soldiers blew up the door.

After these very long minutes, Ibrahim saw the soldiers leaving the apartment taking Mohammad with them, covered with a piece of cloth and bleeding all over the stairs.

"The backbone of our household is gone,” said Ibrahim talking with a broken heart about his son, Mohammad. “He was the pillar of our house on whom we leaned. He relied on him for work as he works in construction in Jerusalem."

Mohammad, who held a diploma in servicing air conditioning and refrigeration from Qalandia Institute, is the brother of five siblings, three of whom are blind: Sanad, 23, Ahmad, 20, and Rimas, 12.

Five months ago, on the 15th of March, his cousin, Alaa Shaham, was also killed during clashes with Israeli soldiers at the nearby Qalandia refugee camp.

Since the beginning of this year, 131 civilians have been killed by Israeli army gunfire in the West Bank and Gaza Strip, including 46 killed during the last aggression on the Gaza Strip.