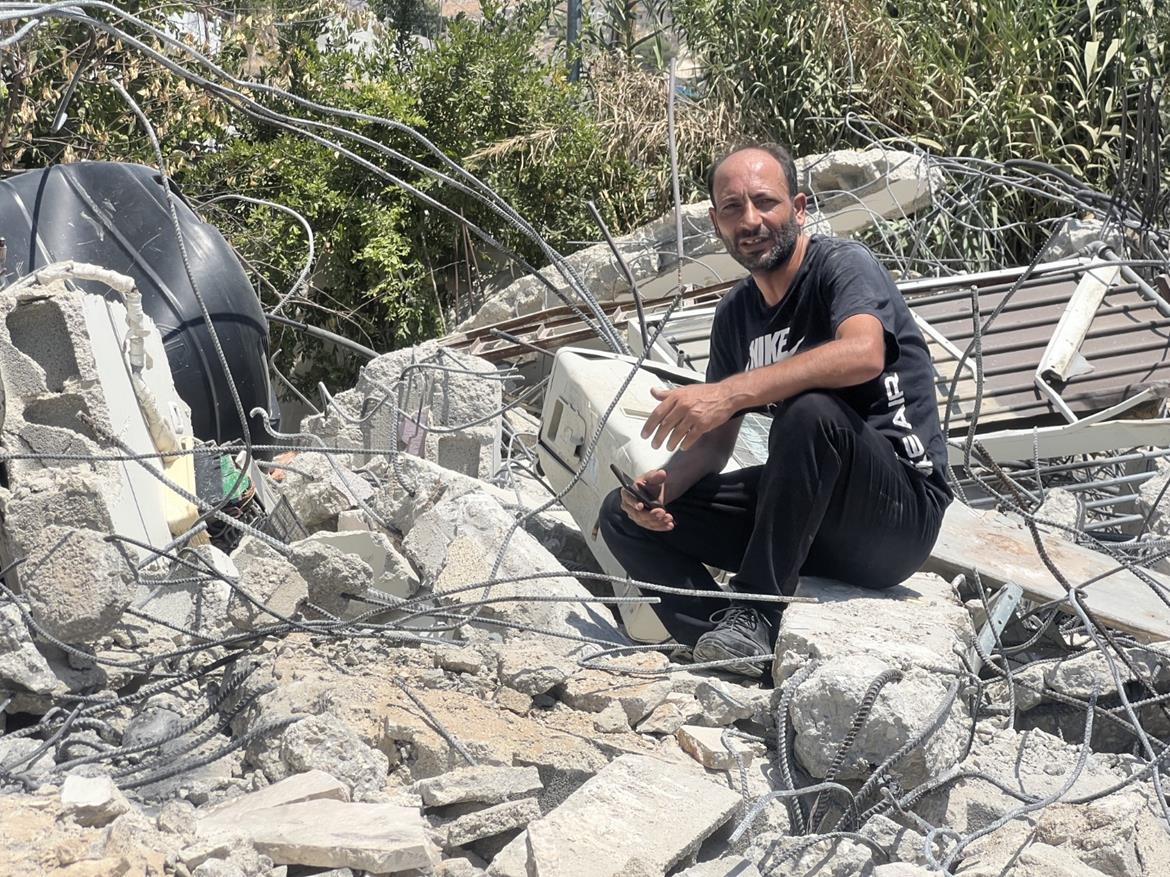 Hazem Abu Sneineh sitting on the rubble of what was his house in Silwan after it was demolished by the Israeli municipality of West Jerusalem alleging construction without a permit. (WAFA Images)

Hazem Abu Sneineh, the owner of the demolished house, told WAFA that Israeli police and municipal crews escorted a bulldozer into the neighborhood where the heavy machinery tore down the 115-square-meter house, purportedly for being built without a license, rendering his eight-member family homeless.

Police cordoned off the house, pushed people out of the area and detained two of Abu Sneineh’s sons along with a neighbor for trying to stop the demolition.

At the same time, the municipality and government build tens of thousands of housing units in illegal settlements in East Jerusalem for Jews with the goal to offset the demographic balance in favor of the Jewish settlers in the occupied city.