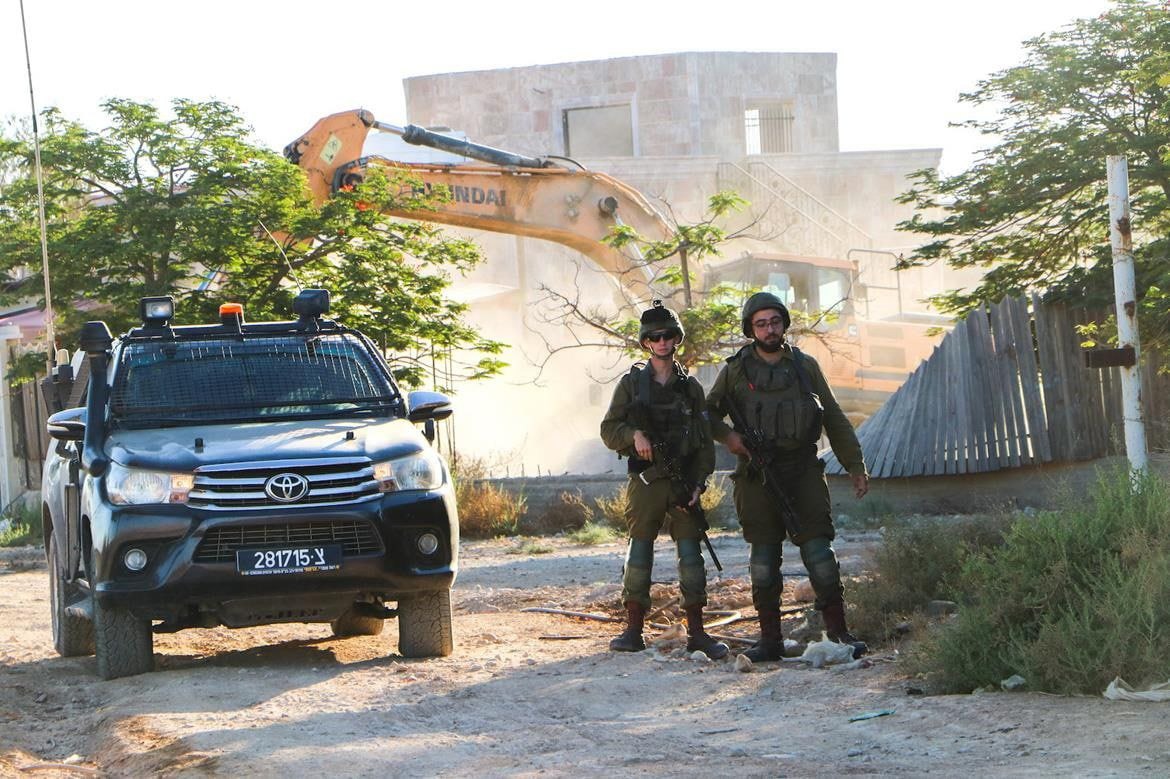 He said soldiers broke into an area known as Sama Jericho and proceeded to demolish the 120-square meter house under the pretext it was built without a permit.

The bulldozer also uprooted trees planted around the house, he said.