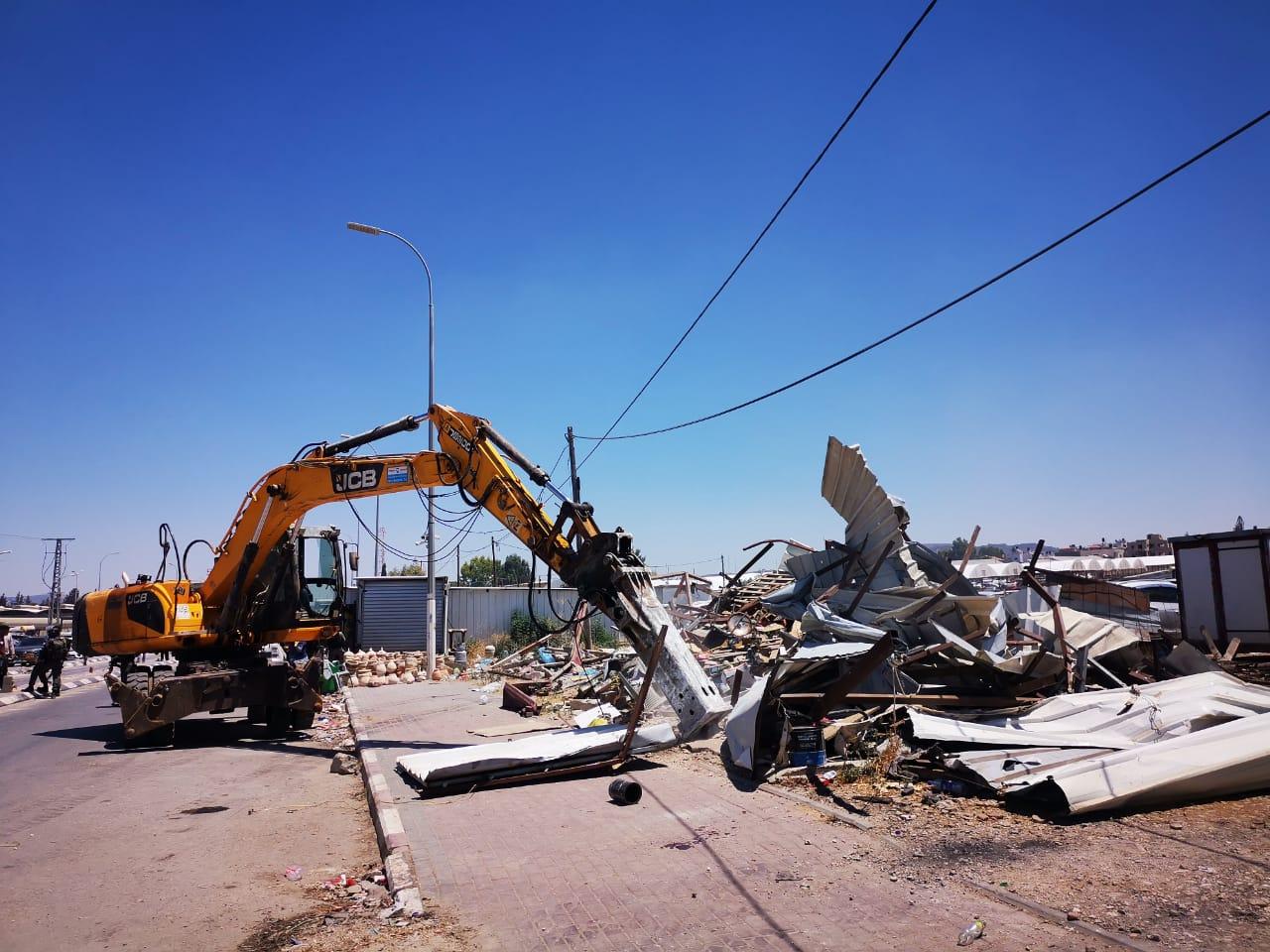 Demolition of commercial structures in al-Jalama, near Jenin.

He said the structures were built on both sides of the road leading to the checkpoint and they were the only source of income for the owners.

The Israeli army occasionally demolishes structures built in that area, including a shop demolished last month along with several other stalls, and five other shop owners were handed demolition orders.