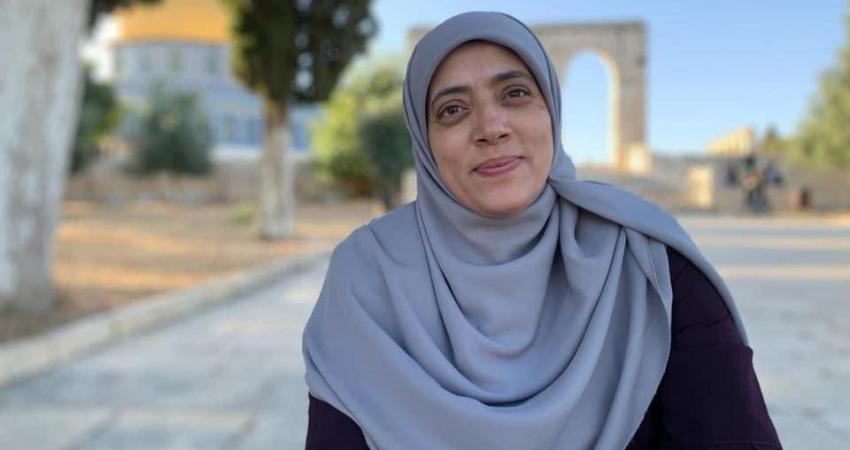 JERUSALEM, Monday, July 18, 2022 (WAFA) – A Palestinian woman activist was banned from entering Al-Aqsa Mosque for one week in a series of bans that extend for years, according to local sources.

They said that the Israeli police yesterday detained Khadija Khweis, 45, a mother of five children from al-Tur neighborhood of occupied East Jerusalem, when she was near one of the gates leading to Al-Aqsa Mosque in Jerusalem’s Old City.

After several hours of interrogation and holding at an Israeli police station in Jerusalem, she was released on condition of not entering Al-Aqsa Mosque compound for one week that could be renewed.

Khweis is one of several devout Palestinian women who keep constant vigil at Al-Aqsa Mosque and who have been banned for months and years by the Israeli police from entering their mosque for worship or any other purpose.

She was banned for the first time from entering Al-Aqsa compound in 2011, sometimes for days and others for months for a total of eight years. She was also banned from travel abroad and separated from her husband who was forced to leave their home in al-Tur and move to the West Bank since he does not have residency papers for East Jerusalem.