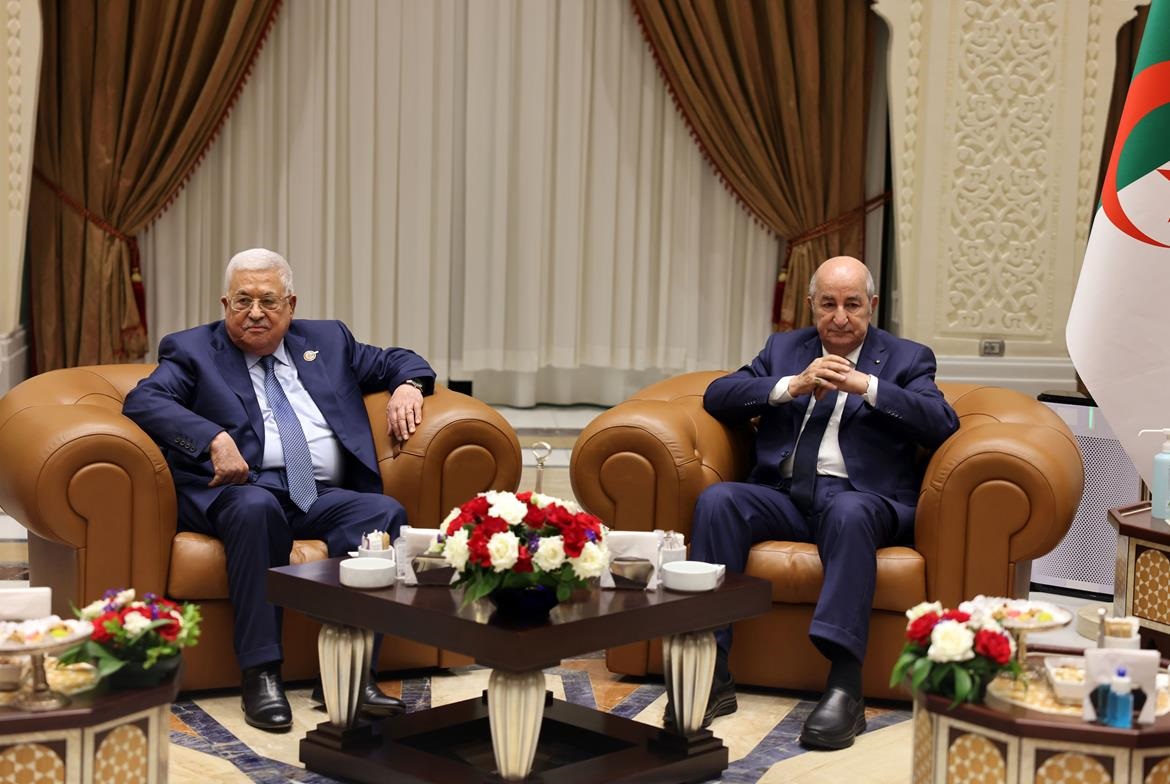 During the meeting, President Abbas briefed his counterpart, Tebboune, on the latest political developments on the Palestinian arena, with focus on Israeli aggression and practices that underline the prospects for achieving peace and the viability of the two-state solution.

The two presidents discussed the means to reinforce bilateral relations in addition to many issues of common interest at the regional and international levels.

President Abbas presented a special postage stamp issued to commemorate the 60th anniversary of Algeria’s independence to his Algerian counterpart, Tebboune, in appreciation of Algeria’s long-standing positions in support of the legitimate and inalienable rights of the Palestinian people to freedom, independence and the establishment of a sovereign and independent state, with East Jerusalem as its capital.

He also handed Tebboune a copy of the Ramallah Municipality’s decision to name one of the main streets “Algeria”.

The meeting was held on the sidelines of President Abbas’ participation in the commemorative festivities of the 60th anniversary of Algeria’s independence.

Abbas was joined by a high-ranking delegation, including intelligence chief, Majed Faraj.