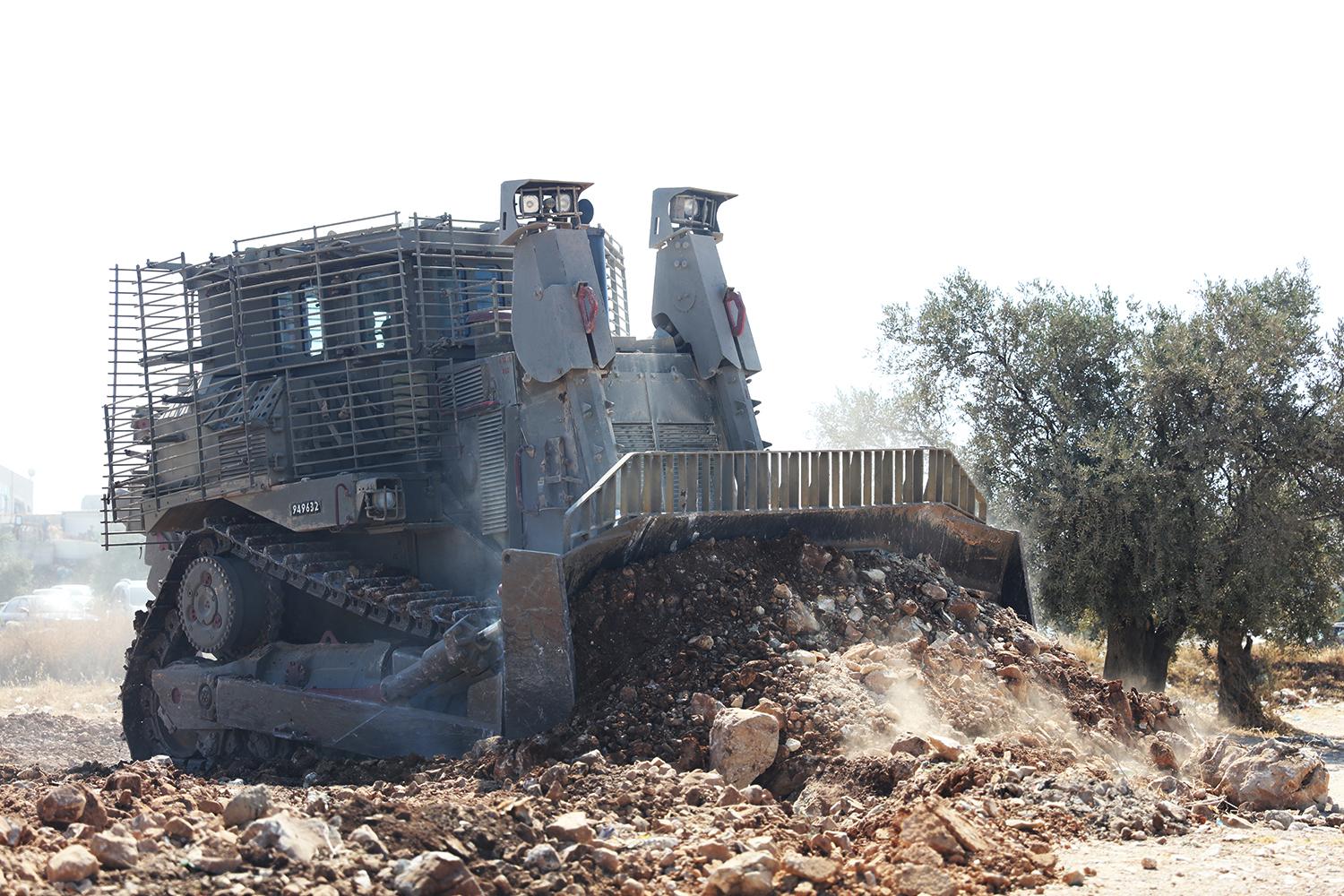 RAMALLAH, Tuesday, July 5, 2022 (WAFA) – The Israeli occupation forces today razed six dunums of privately-owned Palestinian land located near a checkpoint in the town of Nilin, west of Ramallah, according to local sources.

They told WAFA that army bulldozers razed the land owned by three brothers from Nilin after declaring it a military area.

The land, said the sources, is located near an army-manned checkpoint where around 30,000 Palestinians cross every day to reach their workplaces inside Israel.

The Israeli army, meanwhile, prevented dozens of workers from crossing the checkpoint and forced them to return home.