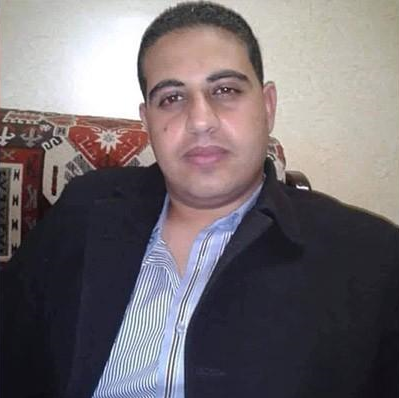 Ahmad Ayyad, beaten to death by Israeli soldiers in the West Bank.

GAZA, Tuesday, July 5, 2022 (WAFA) – A 32-year-old man from the Gaza Strip was last night beaten to death by Israeli soldiers near the separation barrier in the northern West Bank city of Tulkarm, according to the family of the deceased.

WAFA correspondent said the family of Ahmad Harb Ayyad, from the Zaitoun neighborhood, southeast of Gaza City, accused the Israeli soldiers of beating its son to death as he tried to cross the barrier through a hole to reach his workplace inside Israel.

The family said the Israeli army handed it last night the body of its son at the Beit Hanoun/Erez crossing in the north of the Gaza Strip and was later buried at a cemetery in his neighborhood.

Reports said the soldiers also opened fire and injured another Palestinian man in the same area near the separation barrier.

The Ministry of Foreign Affairs and Expatriates condemned in a statement today the killing of Ayyad and held the Israeli government fully and directly responsible for what it described as a crime.

It called on the United Nations and the international community to provide protection to the Palestinian people in the occupied territories who are being killed every day by government-sanctioned army acts.