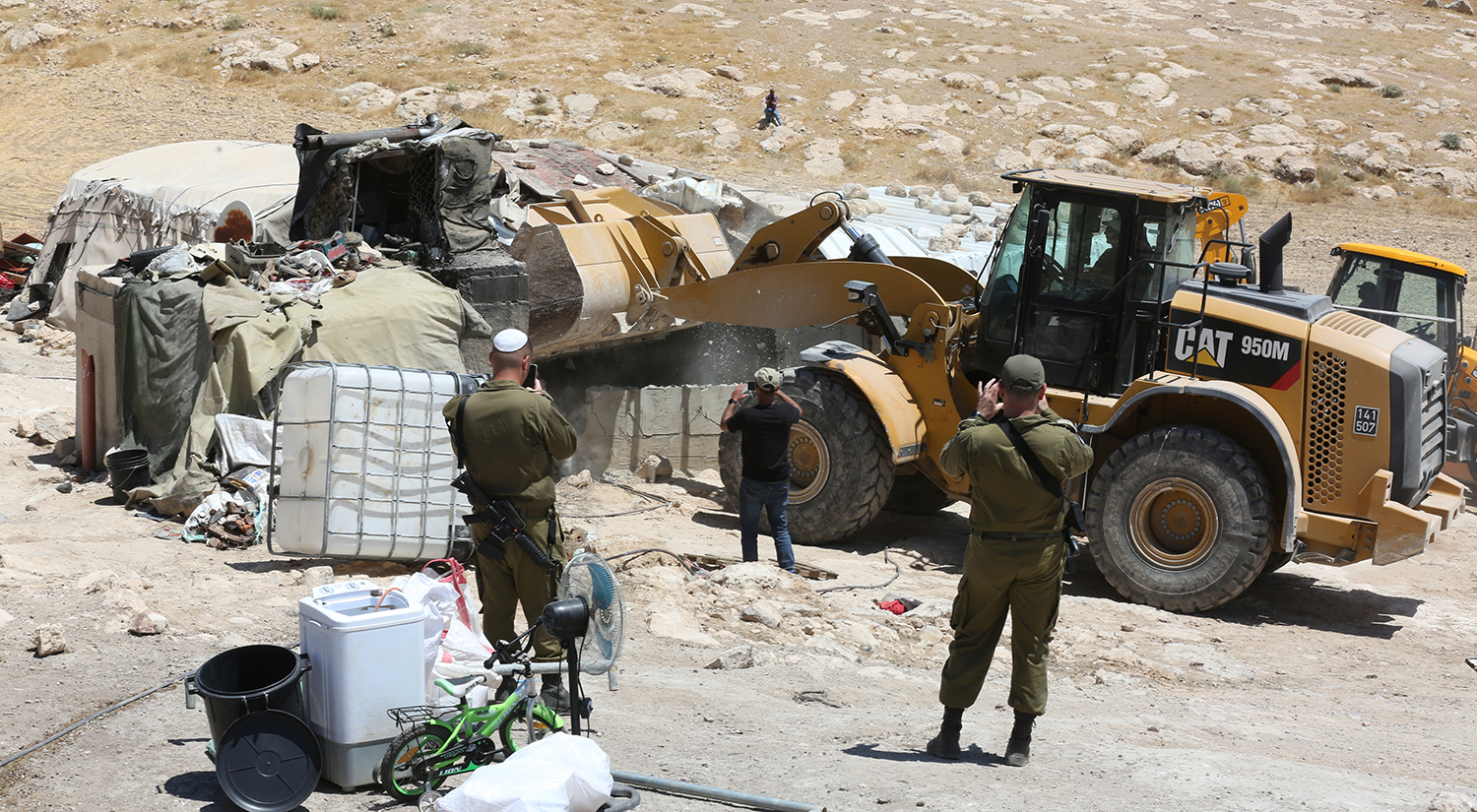 HEBRON, Monday, July 4, 2022 (WAFA) – The Israeli military forces today raided Umm Qassa community in Masafer Yatta in the South Hebron Hills in the south of the occupied West Bank and demolished a residence displacing 15 people, according to local activists.

Rateb al-Jabour, an activist, told WAFA that army bulldozers demolished a 150-square meter residence owned by Nayef Kaabneh dwelled by 15 people, most of them children.

Another activist, Fouad al-Imour, told WAFA that the soldiers brought two bulldozers with them as they raided the community and broke into several homes owned by the Kaabneh clan.

He said the residents confronted the soldiers and bulldozers in an attempt to prevent the demolition.

Israel plans to demolish at least eight Palestinian communities in Masafer Yatta in light of the May 4 Israeli High Court decision giving the army the green light to demolish and dislocate more than 1000 Palestinian residents after considering the area a firing zone.