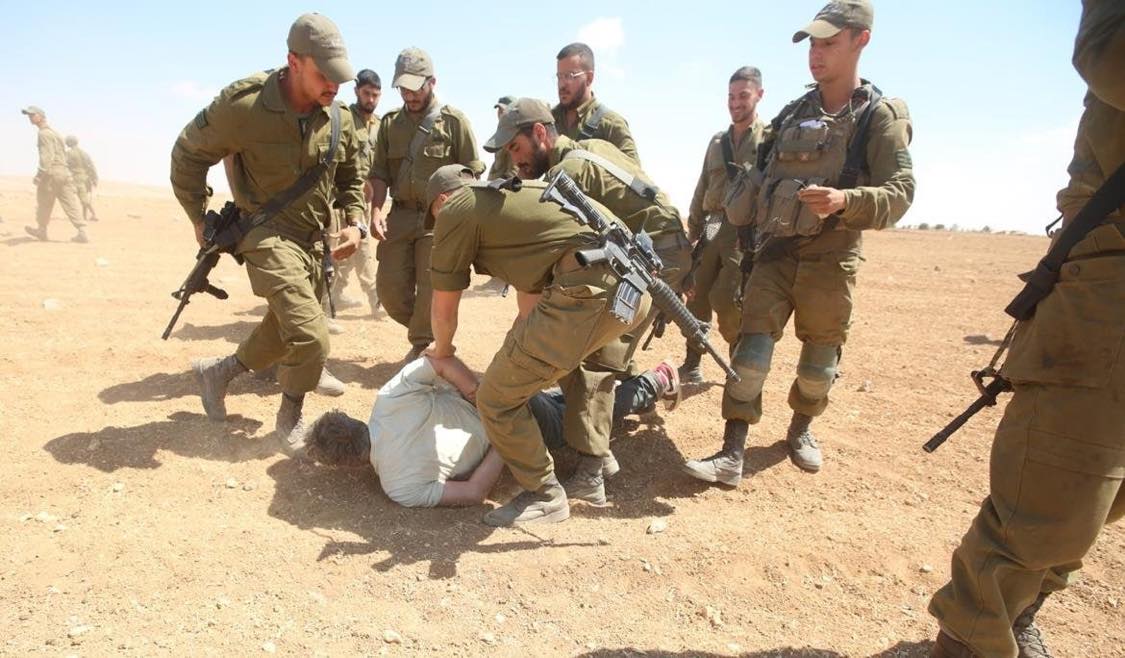 Coordinator of the Protection and Steadfastness Committee in Masafer Yatta, Fuad al-Amour, said the heavily-armed soldiers brutally assaulted a number of international activists while protesting the military drills close to and in al-Markez, and held two others for a long period.

The Israeli army have been conducting drills in al-Markez, one of 12 hamlets making up the Masafer Yatta, which rely heavily on animal husbandry as the main source of livelihood, for the second day in a row.

Al-Amour added that the army has built mock-ups as targets between the makeshift dwellings of the hamlet residents and has been conducting training with heavy weaponry, spreading panic among the residents.

The army has also deployed military checkpoints in the vicinity of the hamlets in the area, in preparation for military training, and perhaps paving the way for an imminent removal of the Palestinian residents.