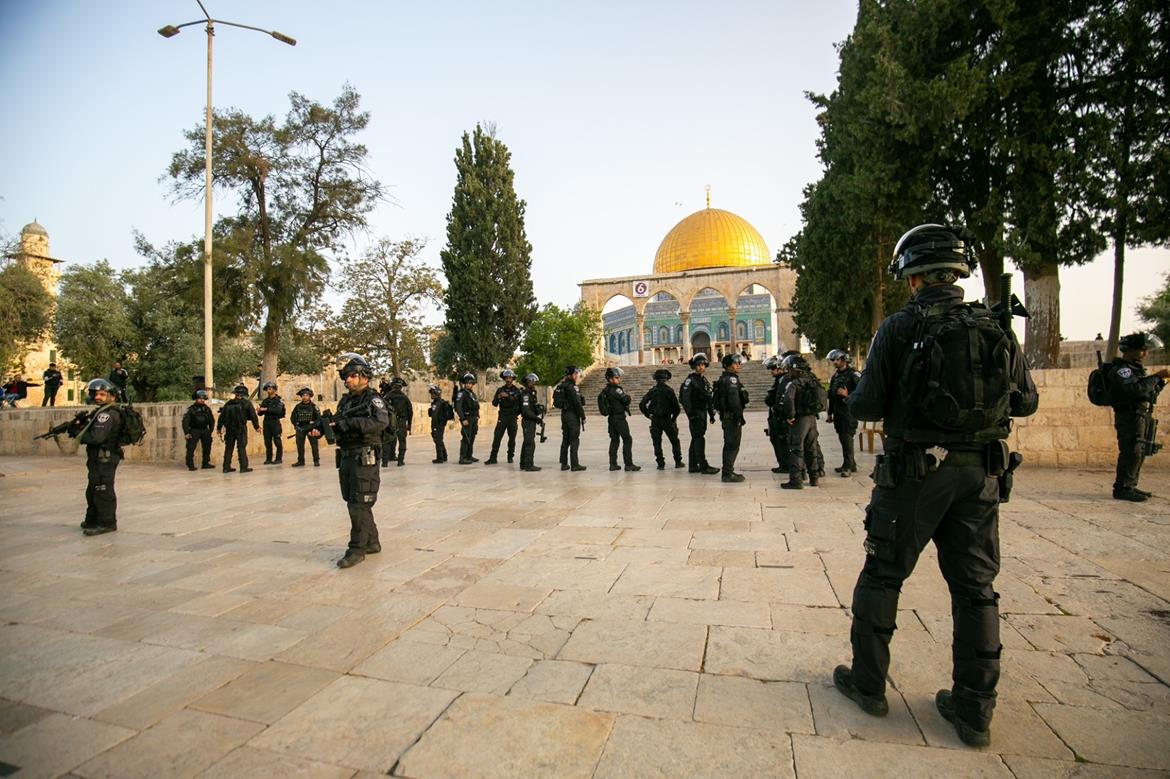 JERUSALEM, Friday, April 22, 2022 (WAFA) – Scores of worshipers staying for worship inside the Al-Aqsa Mosque compound in occupied Jerusalem were injured on Friday morning in a fresh Israeli raid on the holy site, witnesses have said.

Today's attack is the latest in a series of almost daily attacks since April 15 in which the Israeli Police have used brutal force against Muslim worshipers in an attempt to empty the holy site to make way for Israeli radicals to celebrate Passover there.

The Palestinian Red Crescent said 31 worshipers were wounded in the attack while many others sustained suffocated from teargas inhalation. It said two of the injuries were critical, while a total of 11 cases were moved to hospital.

At least one wounded worshiper was arrested by the attacking Israeli forces.

Muslim men and women worshippers were forced to go inside the buildings of the compound and to stay there until the end of the Israeli attack a few hours later.

Unlike the previous six days, no Israeli Jewish settlers were allowed into the holy site for Passover celebrations in the aftermath of the raid, seemingly due to the big number of Muslim worshipers who had arrived in the mosque since last night in preparation for the weekly Friday prayer today, as Fridays during the holy month of Ramadan usually draw hundreds of thousands of worshipers from the West Bank and Arab towns inside Israel.

Over the past week, raids by Israeli police into the holy compound were followed by groups of Jewish settlers gradually entering the holy site in the morning hours under heavy police protection to perform rituals and celebrations marking Passover.

Countries around the world have voiced their concern over Israel’s attempts to change the status quo at the holy site by allowing fanatic Israeli Jewish settlers to enter and pray inside the mosque, which is the third holiest site for Muslims around the world after Mecca and Medina in Saudi Arabia.