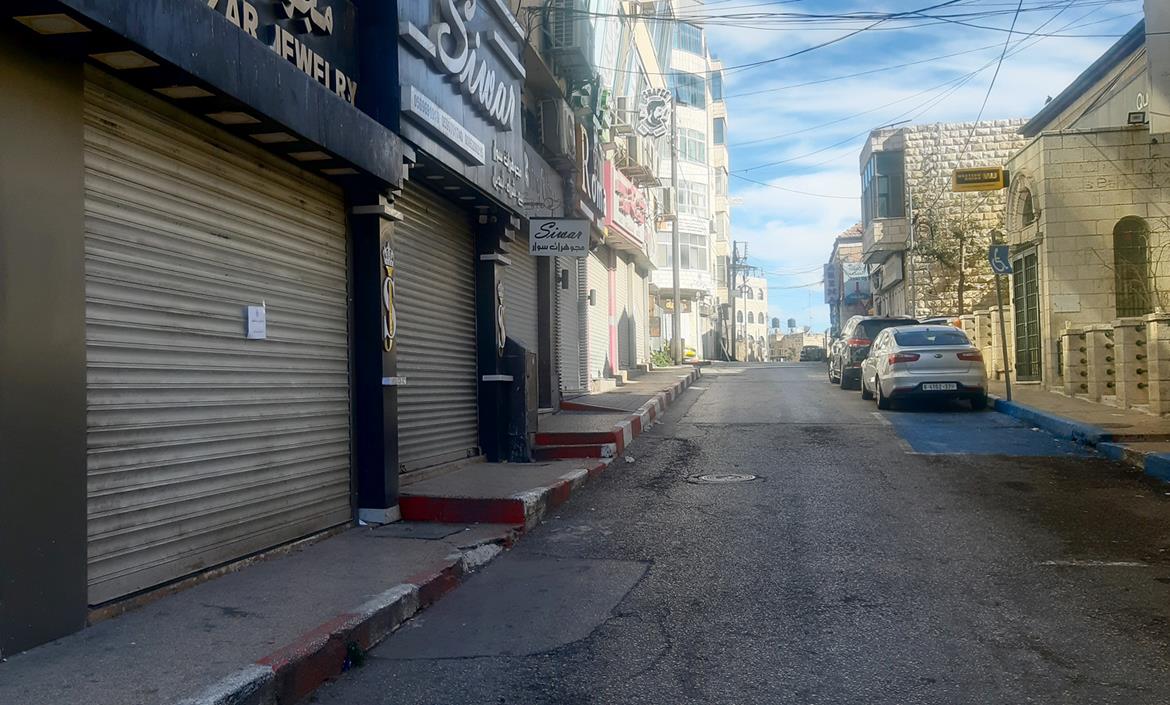 Palestinians called for the general strike to mourn the killing of five Palestinians by the Israeli army within the last 24 hours.

Stores and schools as well as other private and public institutions were shuttered for the day.

Israeli forces gunned down five Palestinians in the 24-hour period from Wednesday morning to Thursday morning. The deaths come as the Israel forces carried out large-scale detention raids across the West Bank.

Two of the five fatalities were killed today morning in the northern West Bank district of Jenin. One of them was identified as the brother of Ayman Kamaji, one of the prisoners who managed to dig their way out of the Gilboa Prison and was recaptured days later in September.

Two others were killed on Wednesday night; one in Silwad town, north of Ramallah, and the other, a 14-year-old teenage boy, in Husan village, west of Bethlehem.

Earlier on Wednesday, Israeli forces killed  the fifth, a human rights lawyer, in a raid in the northern West Bank city of Nablus.