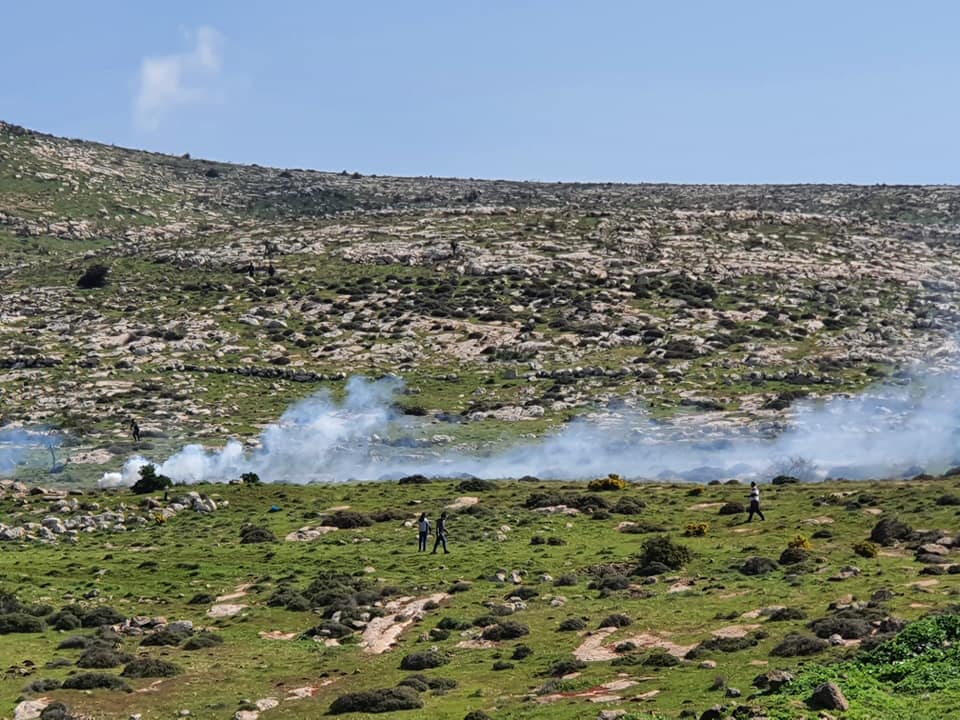 NABLUS, Tuesday, March 22, 2022 (WAFA) – Several Palestinian villagers today suffocated in confrontations with Israeli soldiers and settlers grazing their cattle on crops of Beit Dajan village, east of the northern West Bank city of Nablus, according to a local activist.

Member of Beit Dajan Land Defense Committee, Salim Abu Jish, said that Israeli settlers brought a herd of cows into the fields of the villagers, east of the village, sparking confrontations with the villagers who managed to expel the settlers.

An Israeli military force summoned by the settlers arrived at the scene. The soldiers opened fire towards the Palestinian landowners, causing several to suffocate from tear gas inhalation.

Beit Dajan has become a scene for weekly protests against the Israeli occupation authorities' move to construct new colonial settlements and expand existing ones at the expense of Palestinian territory.

Located 12 kilometers to the east of Nablus city, Beit Dajan has a population of some 4,700 and occupies a total area of 44,100 dunums, including 360 dunums of built-up area for the villagers. A large part of the village lands was seized for the construction of al-Hamra and Mekhora (Mehola) colonial settlements, east and southeast of the village, in 1971 and 1973.

It includes property arsons, stone-throwing, uprooting of crops and trees, attacks on vulnerable homes, among others.

There are over 700,000 Israeli settlers living in colonial settlements in the occupied West Bank and East Jerusalem.