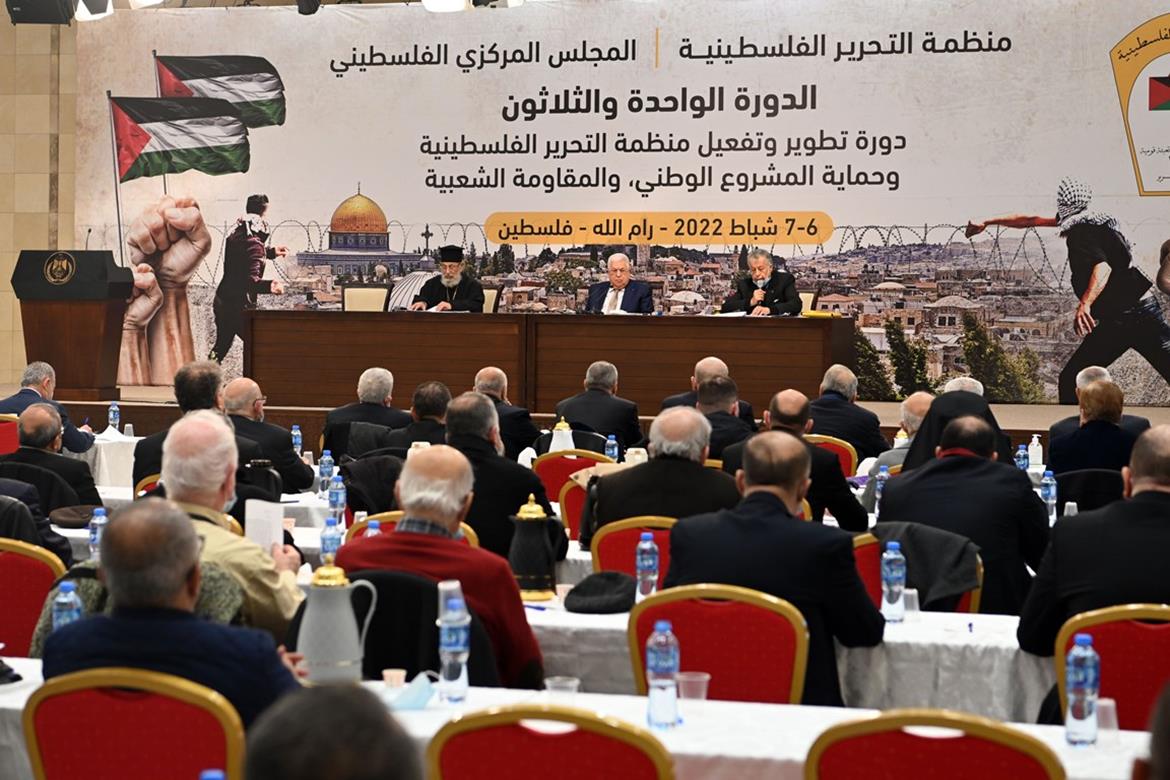 After the roll-call and establishing a quorum, the meeting opened with a speech by the outgoing speaker of the Palestinian National Council, the highest decision-making body in the PLO, Salim Zanoun, read on his behalf by the deputy speaker, Father Constantine Qarmash.

Zanoun stressed in his speech that "it has become inevitable to take the appropriate decision to respond to the open Israeli war against our existence and to start actual steps to end the limitations of the Authority that has been taking too long and to move to the stage of establishing the state in implementation of the decisions of the National and Central Councils and in line with United Nations General Assembly resolution No. 67/19 of 2012 recognizing the State of Palestine."

He added that "in the context of responding to the crimes of the occupation and settlers, what is required is to expand the base of the popular resistance, to take advantage of the voices that began calling for classifying Israel as an apartheid state in more than one documented international report, and to benefit from the powers of the International Criminal Court, which has become one of the most powerful legal weapons that must be activated and followed up on, and to lay plans to prevent and punish apartheid and Israeli oppression."

The 31st Central Council session, held under the title: "Developing and activating the Palestine Liberation Organization, protecting the national project, and popular resistance," will discuss Israeli settlement activity, especially in occupied Jerusalem, as well as the deadlocked peace process, and other political and domestic issues.