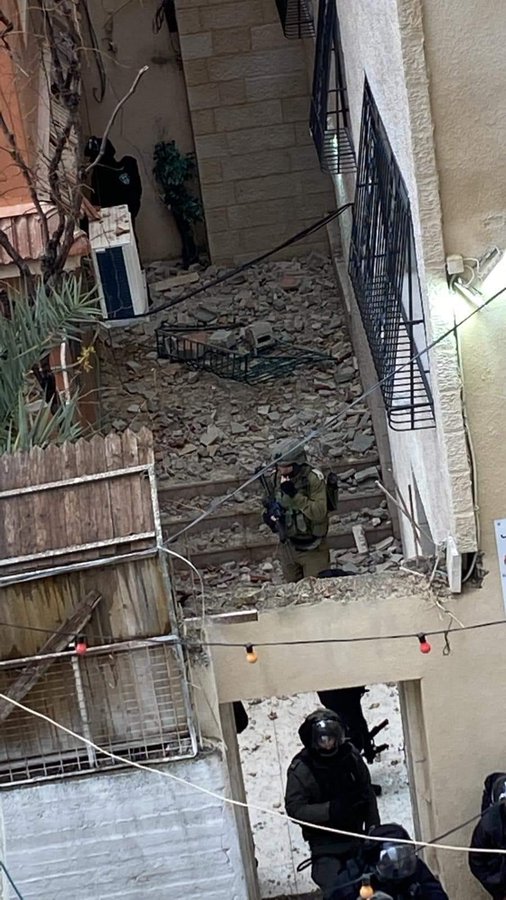 She said that some 150 heavily-armed police officers barged their way into the refugee camp, and closed off the house of 42-year-old Fadi Abu Shkhaydam, who was gunned down by Israeli police after killing an officer and injuring three others near the Chain Gate in the Old City of Jerusalem on November 20.

While in the building, police destroyed a garage and the doors of several apartments.

Considering that Abu Shkhaydam lives in an apartment complex, the occupation authorities decided to seal his apartment instead of demolishing it, so as to maintain the structure of the complex.

The apartment was sealed in line with a ruling passed by the Israeli Supreme Court, which previously rejected an appeal lodged by the family against the demolition order.

In early January, the occupation authorities planned to demolish the apartment and rejected the family’s objection to the demolition order. In the aftermath, police broke into and took measurements and photos of the apartment in preparation of the intended demolition.

Following his killing, members of Abu Shkhaydam’s family were subjected to punitive measures, including detention, interrogation and raids.