OIC Secretary-General reiterates unwavering support for the Palestinian cause 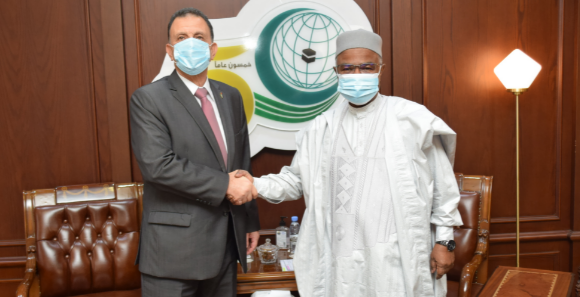 JEDDAH, Tuesday, January 4, 2022 (WAFA) – The Secretary-General of the Organization of Islamic Cooperation (OIC), Hissein Brahim Taha, reiterated yesterday his organization’s unwavering support for the Palestinian cause.

This came in a meeting with Palestine Permanent Representative to the OIC, Maher al-Karaki, at the headquarters of the General Secretariat.

During the meeting, they discussed the latest political and field developments in Palestine and ways to strengthen the steadfastness of the Palestinian people, said a statement by the OIC Secretary-General’s office.

"Brahim Taha stressed the OIC's unwavering commitment to support the central cause of the Muslim Ummah in the international arena and to defend the legitimate rights of the Palestinian people, including their right to independence and the realization of sovereign State of Palestine with Al-Quds Ash-Sharif (Jerusalem) as its capital on the 1967 borders," concluded the statement.