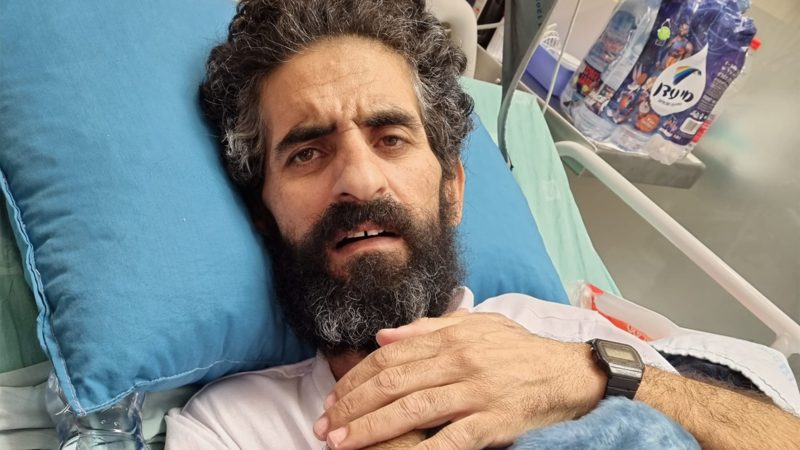 Hisham Abu Hawash on hunger strike for 141 days to protest his administrative detention in Israel.

JERUSALEM, Tuesday, January 4, 2022 (WAFA) – The European Union yesterday said it was seriously concerned about the health condition of Palestinian hunger striker Hisham Abu Hawash, 40, who has been on an extended hunger strike for 141 days to protest his administrative detention in an Israeli prison since October 2020.

"The use of administrative detention without formal charge remains a longstanding concern," said the EU in a tweet. "Detainees have the right to be informed about charges underlying any detention, must be given a fair trial within a reasonable time or be released."

The EU stressed that a solution for Abu Hawash’s long incarceration without charge or trial "should be found immediately."

Rights groups are concerned that Abu Hawash, from the southern West Bank town of Dura who is married with five children, may die at any time due to the long hunger strike that has incapacitated him.