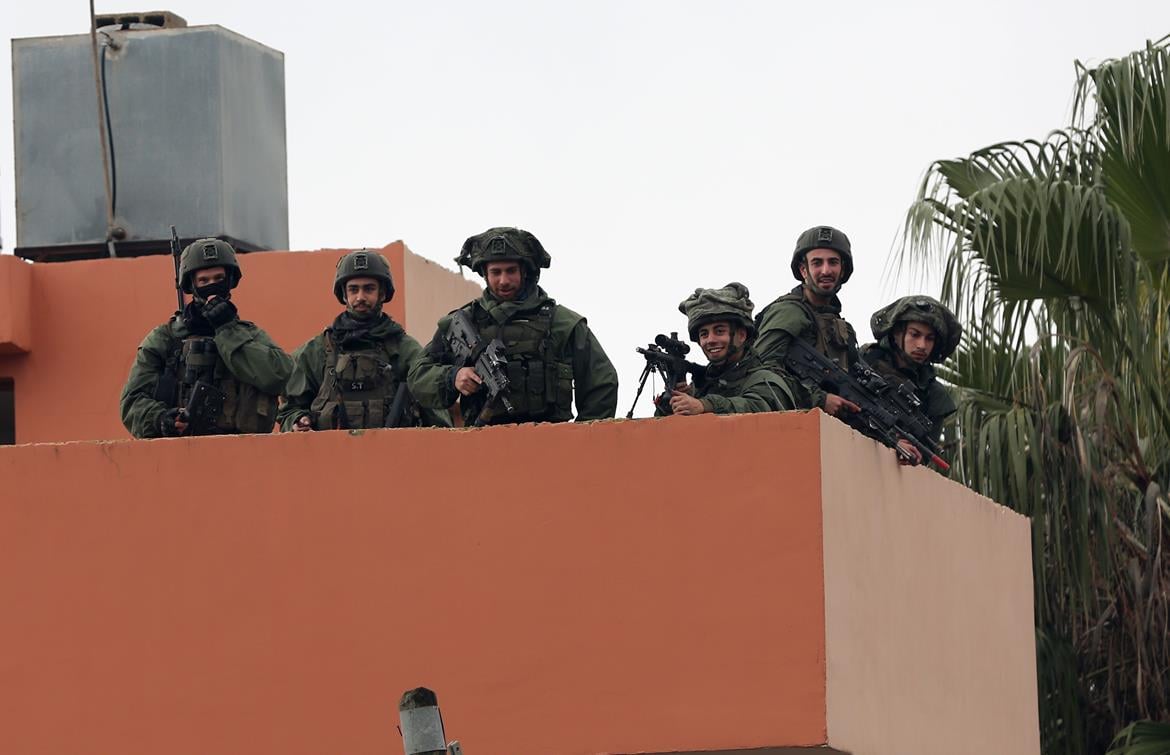 Israeli occupation soldiers mount the rooftop of a house in Burqa village, the occupied West Bank, during clashes that ensued an attack by Israeli settlers on the village, 24 December 2021. Credit: Ayman Nubani/WAFA

NABLUS, Sunday, December 26, 2021 (WAFA) – Scores of Israeli settler fanatics last night attacked homes of Palestinians in the village of Sebastia, in the occupied West Bank province of Nablus, according to the village’s mayor.

Mohammad Azem told reporters that scores of settlers, some of them armed with rifles, pelted stones and opened gunfire at homes of Palestinians especially on the outskirts of the village.

He added that hundreds of local residents rushed to the scene to fend off the attack and clashed with the attacking settlers and with Israeli army patrols that arrived at the scene to secure the way of the settlers back. Several Palestinian protesters sustained suffocation from teargas during the clashes.

The attack came in conjunction with a similar attack by Israeli settlers on the neighboring village of Burqa, which evolved into a clash between Palestinian residents and the Israeli occupation army. At least 58 Palestinians were injured, including 10 by gunshots, during the clashes at the main entrance to Burqa.

Over the last ten days, Israeli settlers protected by army repeatedly attacked or attempted to attack homes of Palestinian citizens at the outskirts of the villages of Burqa, Sebastia and Bazariya.

There are over 500,000 Israeli settlers living in Jewish-only colonial settlements across the West Bank in violation of international law.