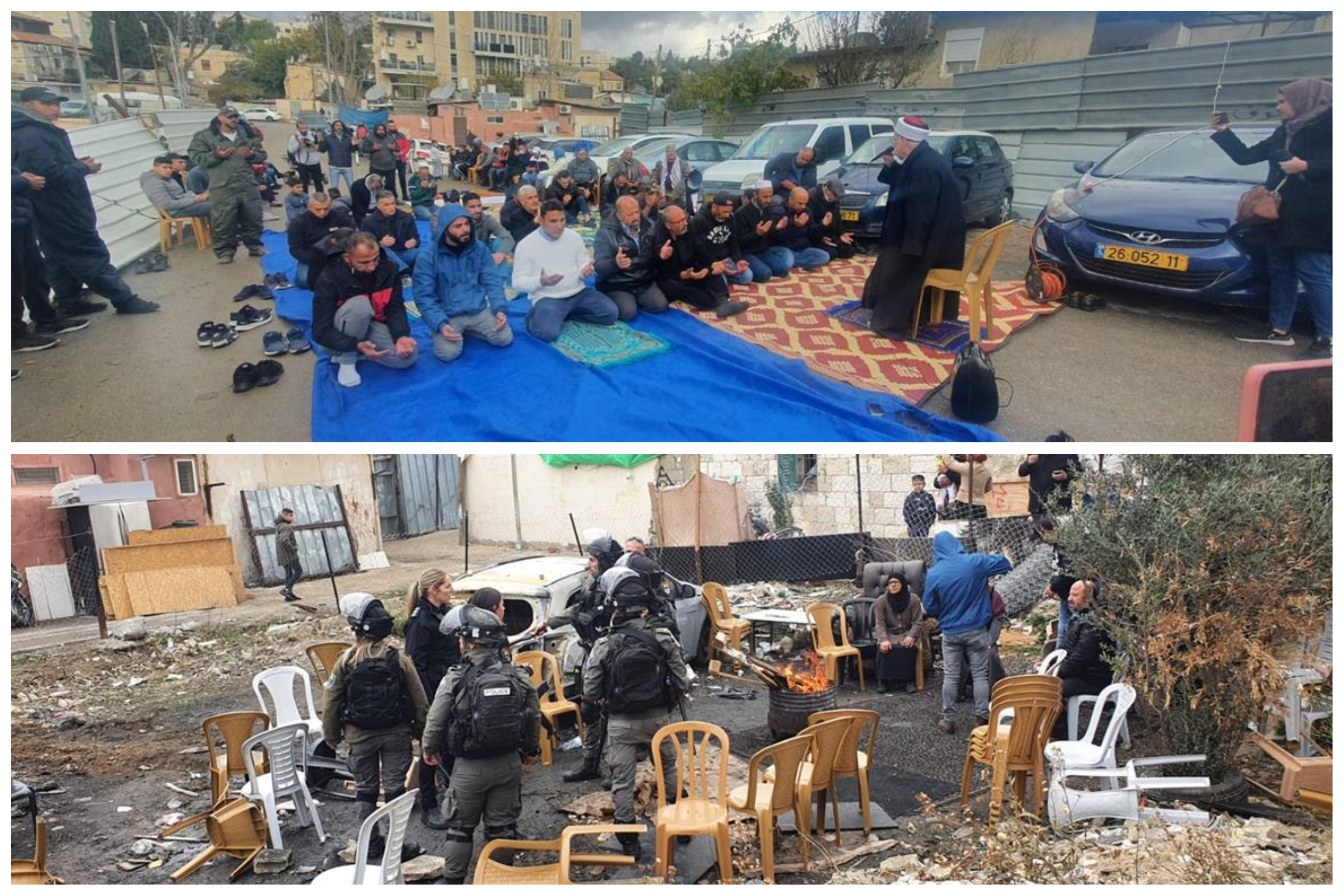 She said that heavily-armed police barged their way into the neighborhood, which has become a scene of massive protests against Israel’s settler-colonialism in the occupied territories, and cracked down on a sit-in in solidarity with the Salem family, who faces the imminent threat of forced expulsion from their house, inflicting bruises and cuts across the bodies of several participants.

One of the casualties was identified as Mahmoud Alian, a journalist, who sustained an eye injury.

She added that police rounded up two participants, including a 17-year-old minor.

The sit-in was organized in support of the Salem family, who received an order to “evict” them from the house they lived in for over 70 years in western Sheikh Jarrah in favor of colonial settler organizations, and a day after settlers fenced off a plot of land belonging to the family.

The Salems (11 members) were ordered to “vacate” the house immediately, and if they do not evacuate themselves, they will be forcibly evicted on 29/12/21 or at a later date.

The eviction notice, according to Peace Now, was handed to the family earlier this week by two key settlement activists in Sheikh Jarrah, Aryeh King and Jonathan Yosef, who alleged they had purchased the house from Jewish owners who had owned the house before 1948.