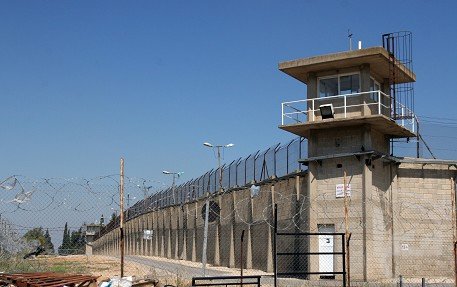 RAMALLAH, Sunday, November 14, 2021 (WAFA) – Five Palestinian prisoners in Israeli detention currently remain on hunger strike in protest of their unfair and indefinite administrative detention without a charge or trial, according to the Detainees Affairs Commission.

The oldest hunger-striker of the seven prisoners is prisoner Kayed Fasfous, who has been on hunger strike for 123 days in protest of his detention without a charge or trial, followed by Alaa Aaraj (99 days), Hesham Abu Hawwash (90 days), Ayyad Hureimi (53 days) and Lo’ai Al-Ashqar (35 days days).

Fasfous has been in hospital for nearly two months following serious deterioration in his health conditions. He has been demanding an end of their detention without charge or trial and based on the so-called secret file which even their lawyers are not allowed to view.

Yesterday, Fasfous's brother, Hasan, told WAFA that doctors at Barzilai told him that his brother had developed symptoms suggesting a clot in his blood, which is an early warning of the risk of sudden death.

On Thursday, UN experts expressed grave fear for the lives of the hunger strikers, and called on Israel to either release or charge the prisoners, and to completely end its unlawful practice of administrative detention.