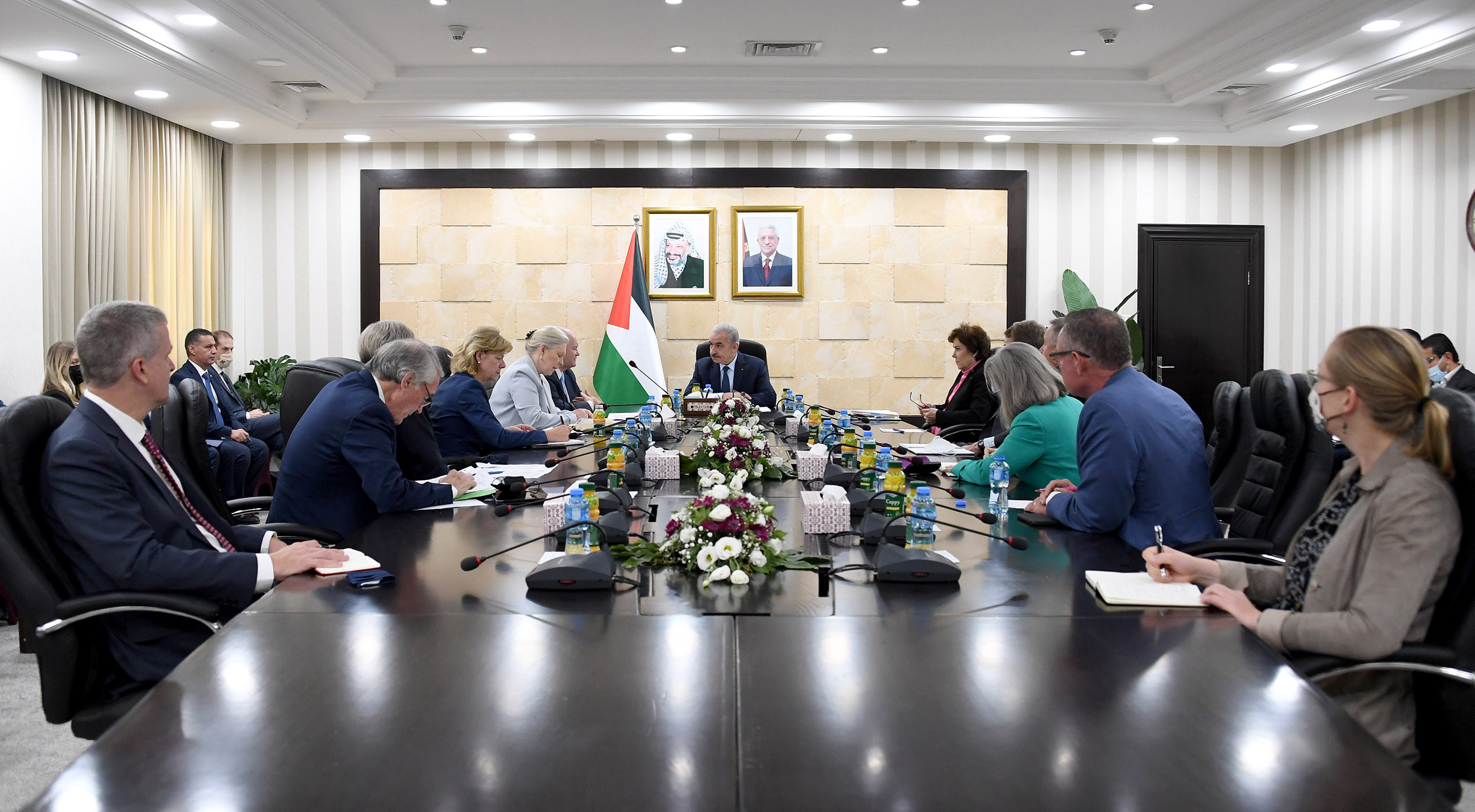 Prime Minister Shtayyeh warned in a meeting with a US congressional delegation at his office in Ramallah that “Israel is systematically destroying the two-state solution with its ]colonial[ settlement campaign, and plunging the region into a perilous situation with its ongoing human rights violations.”

He briefed the delegation, lead by Sen. Chris Coons, the Chair of the Senate Appropriations Subcommittee on State and Foreign Operations, on the prospects of long-stymied peace process and bilateral relations with the US.

He stressed the need for the US administration to fulfill its electoral pledges, foremost of which is reopening the US Consulate in Jerusalem, which serves as a mainstay of the bilateral Palestinian-US relations.

He called upon the US Congress to pressure Israel to respect all signed agreements, which serve as a key to any future political track, and enable the Palestinian leadership to hold elections in all the occupied territories, including Jerusalem.

He described the US administration’s condemnation of the Israeli colonial settlement construction as “a step in the right direction” while urging it to translate such a condemnation into concrete and deterrent actions to preserve the two-state solution.

He called on the US Congress push for the amendment of laws and regulations that target the State of Palestine (Palestinian Authority) and the Palestine Liberation Organization and link them to terrorism as well as for the development of bilateral relations that are not centered around Israel.