In a meeting with the Apostolic Delegate, PM calls for combined efforts to confront Israeli aggression against holy sites 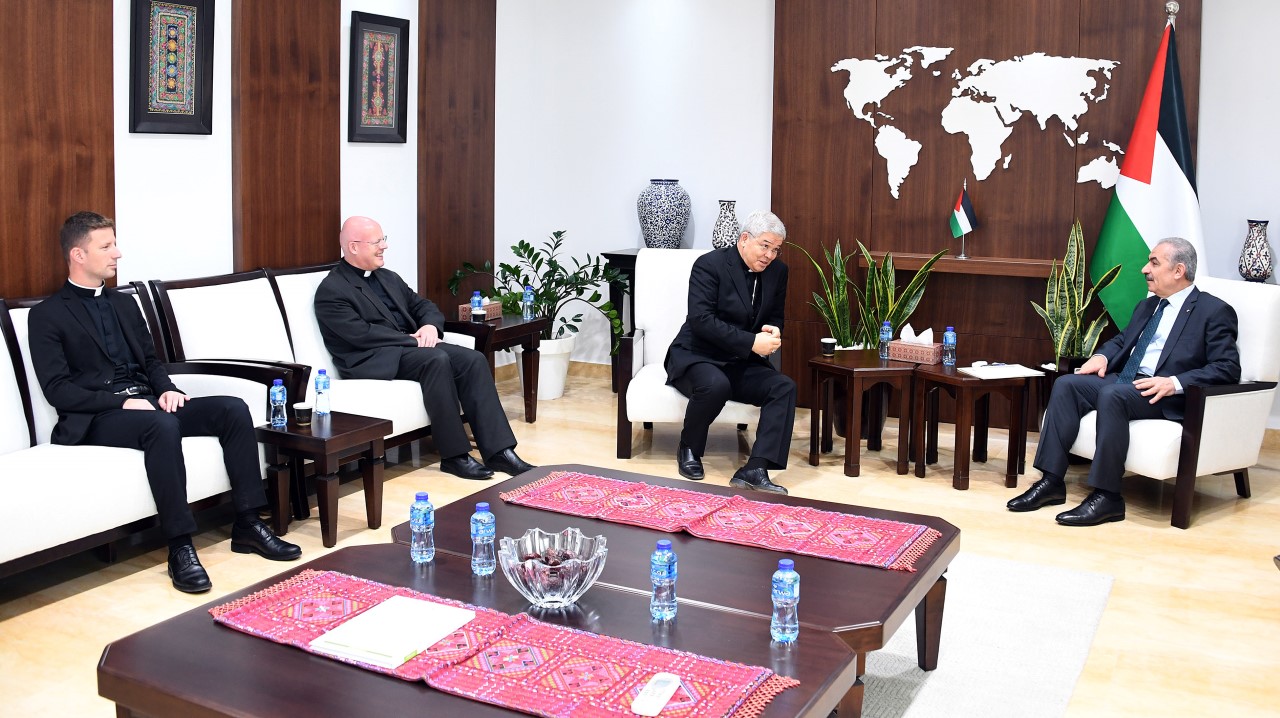 RAMALLAH, Wednesday, October 13, 2021 (WAFA) – Prime Minister Mohammad Shtayyeh today called during a meeting with the Apostolic Delegate in Jerusalem and Palestine, Archbishop Adolfo Tito Yllana, at his office in Ramallah for combined efforts to confront the Israeli aggression against the holy sites, particularly in Jerusalem.

Shtayyeh called during the meeting for concerted efforts to face Israel’s “war” against Christian and Islamic holy sites, particularly in Jerusalem, and counteract all attempts to obliterate the Palestinian character of the occupied city and alter the status.

He highlighted the importance of promoting the Palestinian narrative given Israel’s attempts to falsify facts as well as of safeguarding Christian presence and protecting church property against fraudulent sales and claims.

He welcomed Archbishop Yllana and wished him all success in his functions and pledged to offer him all necessary facilities that would contribute to strengthening bilateral Palestine-Holy See relations.