In a first, the flag of Palestine raised at the Danish parliament building celebrating Flag Day 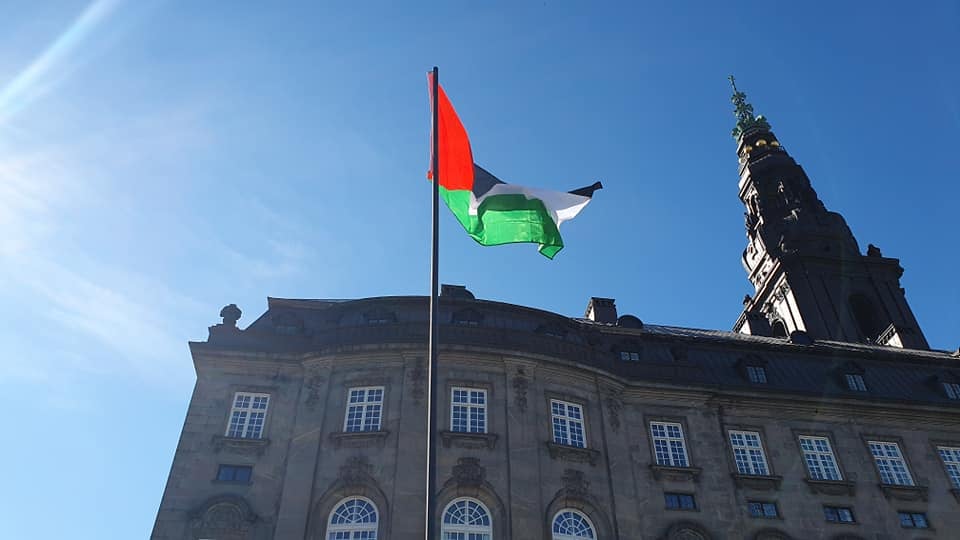 The flag of Palestinian hoisted at the Danish Parliament in Copenhagen.

COPENHAGEN, Tuesday, September 21, 2021 (WAFA) - Palestinian expatriates in Denmark yesterday celebrated the Palestinian Flag Day by raising the flag of Palestine on a mast in front of the Danish Parliament in the Danish capital, Copenhagen, in an initiative that was the first of its kind in that country.

This event was organized by the Forum of the Palestinian Community in Denmark and House 48, in the presence of the Ambassador of the State of Palestine to Denmark, Manuel Hassassian, and the participation of Danish Parliament Member, Sikander Siddik, head of the Independent Green Party and editor-in-chief of Palوstina Orienting, Ole Olsen, in addition to members of the Palestinian, Arab and Islamic communities.

Palestinians around the world mark Flag Day on September 30 of each year marking the day President Mahmoud Abbas raised it for the first time at the United Nations headquarters in New York in 2015, alongside the flags of the Member States, after a speech he delivered before the United Nations General Assembly. 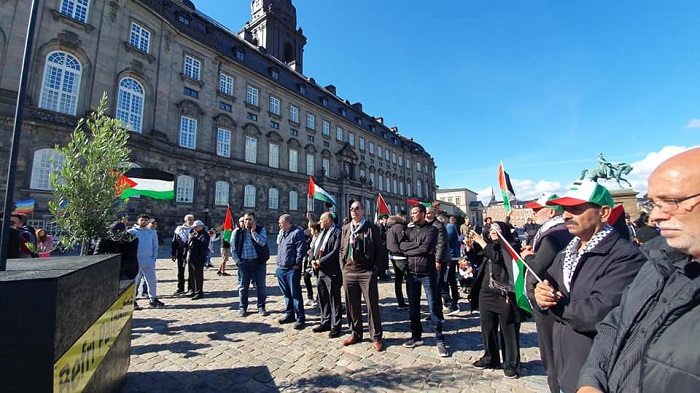 Palestinian and Arab expatriates and Danish officials marking Flag Day at the Palestinian flag hoisting event at the Danish Parliament.