Minister of Health: We will make every effort to treat and release wounded prisoner Israa Jaabis from Israeli jails 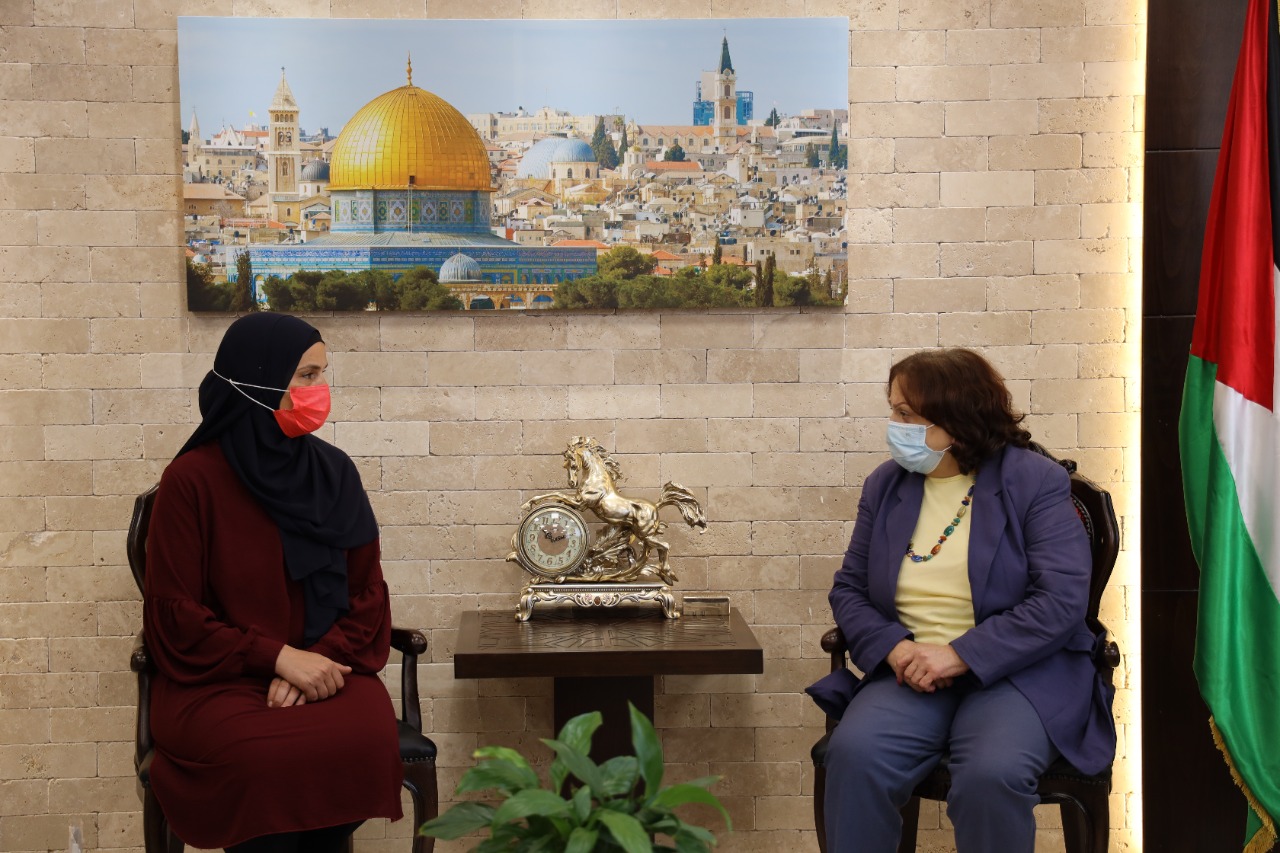 This came during a meeting with Jaabis’s sister, Mona, in Ramallah, during which the latter briefed the minister of health on Israa’s health status, the surgeries she needs, and her great suffering inside Israeli jails.

The minister assured Mona that the Ministry of Health is working to collect medical reports and information about her sister, Israa, and to mobilize the international community, human rights organizations, and health organizations to intervene to treat Israa and release her from Israeli jails.

Jaabis, 33, a mother of a child and a resident of Jabal al-Mukkaber neighborhood of occupied East Jerusalem, was sentenced to eleven years in jail after she was charged with attempting to blow up an Israeli army checkpoint outside Jerusalem in October 2015.

Jaabis, who is married to a Palestinian from Jericho, had a gas cylinder in her car when it blew up, apparently accidentally, when she was only meters away from the checkpoint to the east of Jerusalem.

Her family said at the time that she was moving her stuff from Jericho to a new place in Jerusalem when the cylinder blew up by accident. The army, however, decided otherwise and said Jaabis was intending to blow up the checkpoint.

The Jerusalem resident was seriously hurt in the accident with third degrees burns on 60 percent of her body and face. She also lost eight fingers.

Jaabis’ medical condition has severely worsened since her arrest in 2015 due to the Israeli Prison Service's refusal to provide her with the necessary treatment.